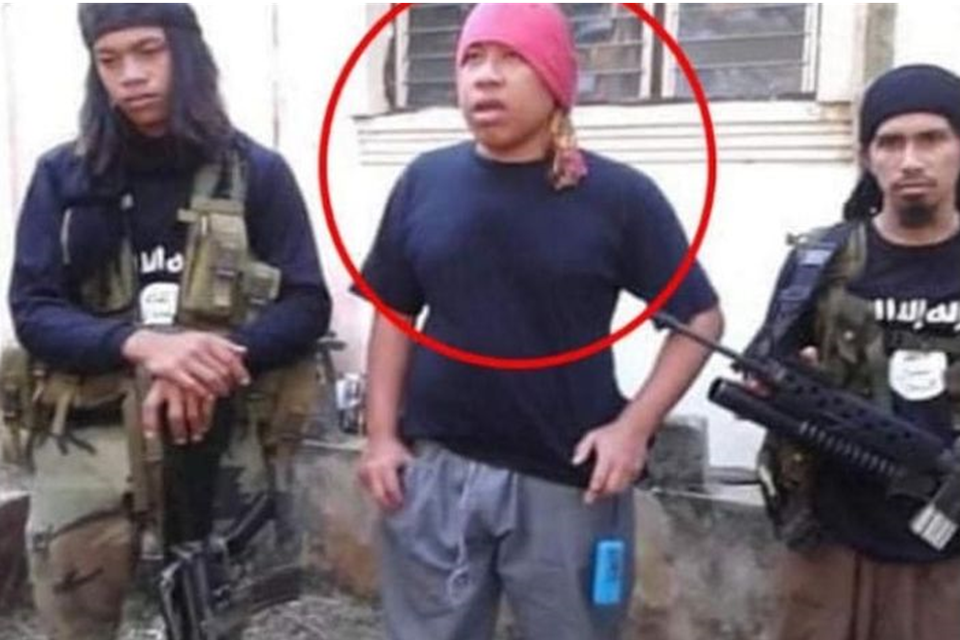 An Abu Sayyaf sub-commander who had links to the Islamic State (ISIS) and was allegedly one of the masterminds in the Mindanao-based terrorist group’s foiled incursion into Bohol in 2017 was killed in a police operation in Zamboanga City.

In a statement, the Philippine National Police (PNP) said Arrasid Adjing Halissam, also known as Guru Ara, was gunned down after he resisted arrest during a raid in Barangay San Roque at past 3 a.m. on Tuesday.

According to PNP Intelligence Group acting director Col. Warren De Leon, Halissam attempted to flee and shot at the arresting operatives prompting them to return fire.

The composite police team recovered a .45 caliber pistol, a hand grenade and an improvised explosive device (IED) during the search.

The PNP said Halissam had been identified as among the ASG leaders who “initiated and planned” the terror attack in Bohol in April, 2017.

However, the around 10 ASG terrorists who were tasked to execute the plan led by the bandit group’s late sub-leader Muammar Askali, alias Abu Rami, were killed by state forces in a series of clashes.

The initial encounter between the state forces and the bandits in Inabanga town led to the deaths of three soldiers, one policeman, two civilians and four ASG members.

After the first gun battle, the remaining terrorists were on the run leading to month-long manhunt operations which eventually led to the killing of all of the ASG stragglers.

According to De Leon, Halissam was a “trusted aide” of late ASG leader Isnilon Hapilon and was the facilitator of late Malaysian international terrorist Zulpiki Bin Hir, also known as “Marwan.”

“In 2014, the late Isnilon Hapilon together with Guru Ara pledged their allegiance to the ISIS wherein Hapilon was later on pronounced as the “Emir” (leader) of Islamic State (IS) in the Philippines. However, after the death of Hapilon in 2017 in Marawi City, the slain suspect moved to Sulu and merged with the group of Hapilon’s successor, the late DI-ASG leader Hatib Hajan Sawadjaan,” De Leon added.

Halissan was also allegedly involved in various atrocities in Zamboanga Peninsula including the kidnapping and beheading of Doroteo Gonzales in 2009; kidnapping of Kevin Lunsmann, Gerfa Yeatts Lunsmann and Romnick Jakaria in July 2011; kidnapping of Warren Richard Rodwell in December, 2011; kidnapping of two Chinese Nationals Yuan Lin Kai and Jian Luo in Poblacion, Kabasalan, Zamboanga Sibugay on June 4, 2012; and kidnapping of Sabrina Ikbala-Voon on February 19, 2014 in Brgy Mercedes, Zamboanga City.

The slain suspect was involved in the Bus Terminal Bombing in Guiwan, Zamboanga City on January 23, 2015 that resulted to the death of two persons and injuries to 52 others as well as the kidnapping of Nwi Seong Hong, a Korean National in January 2015 in R.T. Lim, Zamboanga Sibugay, the PNP said.

The PNP noted that Halissam also had a hand in facilitating the Indonesian suicide bombers in Sulu together with other foreign terrorist fighters that led to the Jolo Cathedral Suicide Bombing on January 27, 2019 which killed around 20 people left 105 individuals wounded, suicide bombing attacks in a military detachment on June 28, 2019 in Indanan, Sulu that killed three soldiers and wounded three civilians, suicide bombing attack in a military detachment on September 2019 in Indanan, Sulu that caused damage of the detachment’s perimeter fence; and twin bombings in a town plaza near Jolo Cathedral, Jolo, Sulu on August 24, 2020 that killed around 14 people and wounded 75 others.