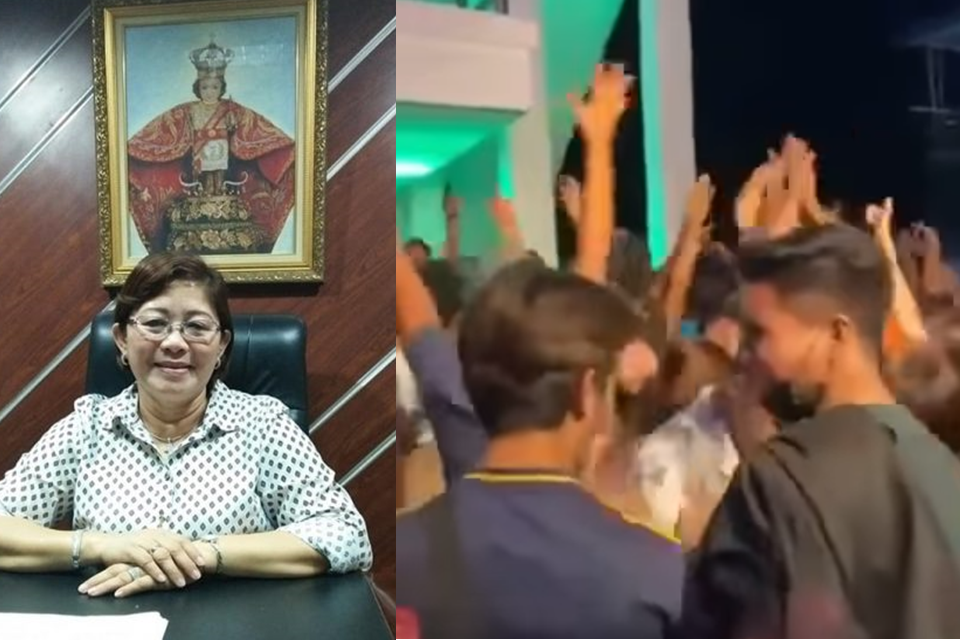 The embattled Amanzara Resort which has drawn heavy flak from the public for organizing a series of parties last week in which its attendees were caught flouting health safety protocols by not wearing facemasks and failing to observe physical distancing got a mere slap on the wrist from the Panglao local government unit (LGU) and even ended up being praised by the town’s mayor, Leonila Montero.

Montero on Tuesday, just a day after vowing to address the issue over live radio and heaping praise for her quick response, said that the LGU has closed the investigation on the case and that the town’s ordinance on health safety requires her to “forgive” first-time offenders.

The local chief executive, who herself is facing criminal and administrative complaints for violating health protocols, admitted to letting Amanzara off with just a warning despite noting that the LGU’s probe found the resort to have indeed broken protocols.

No penalties will be meted out against the resort but Montero noted that she has issued an executive order which requires Amanzara and other resorts to apply for a permit in organizing events such as parties so the LGU may deploy police and health authorities to the site to monitor the activities.

After pointing out Amanzara’s violations, Montero also ended up praising the resort for its efforts in helping revive the province’s slumping tourism industry.

Amanzara, meanwhile, wasted no time in organizing another series of foam parties for the coming weekend which it announced on Wednesday morning, a day after Montero publicly said that she will not impose any penalty against the resort.

The issue on Amanzara broke when photos and videos of its series of parties spread on social media last week showing partygoers not wearing facemasks and dancing without observing social distancing.

Some photos also showed a topless woman dancing on a platform at the resort.

Montero is no stranger to accusations of health safety violations herself as she was also at the center of a health protocol scandal which ended up in the filing of charges against her last year.

Montero was accused of failing to secure authorization from the Office of the Governor and the Bohol Inter-Agency Task Force for her travel to Cebu and back to Bohol in September, 2020. She also allegedly failed to undergo quarantine upon her return to the province.

Her alleged failure to isolate herself prompted Governor Art Yap and First District Rep. Edgar Chatto to undergo self quarantine after she met them in a public gathering three days after her arrival in the province.

If found guilty of the charges, Montero could face imprisonment of up to one year, be slapped with a P5,000 fine or both. (A. Doydora)