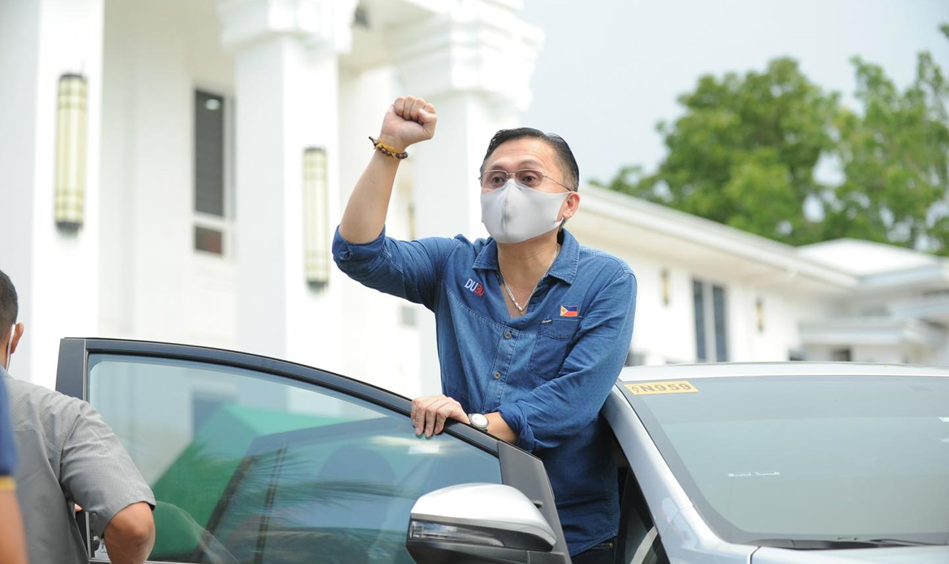 Potential presidential candidate Senator Bong Go is set to arrive in Bohol on Friday to attend the implementation of various government programs and meet with police and military personnel, fishermen, farmers and former rebels.

This was confirmed by League of Municipalities of the Philippines (LMP) Bohol president Mayor Miriam Sumaylo of Dauis.

According to Sumaylo, Go has been invited as guest of honor during the awarding of beneficiaries of the AFP-PNP (Armed Forces of the Philippines-Philippine National Police) Pabahay Program.

Go will also lead the assistance dole-out to 30 former rebels and 500 farmers and fishermen.

The senator is expected to leave the province on the same day.

Go, the former longtime aide of President Rodrigo Duterte, has been considered as among the possible presidential candidates of the ruling party, PDP-Laban.

Bohol was among the provinces that catapulted Go to victory during the 2019 mid-term elections.

Go ranked third in Bohol next to Senator Cynthia Villar and Senator Bato Dela Rosa in the senatorial race.