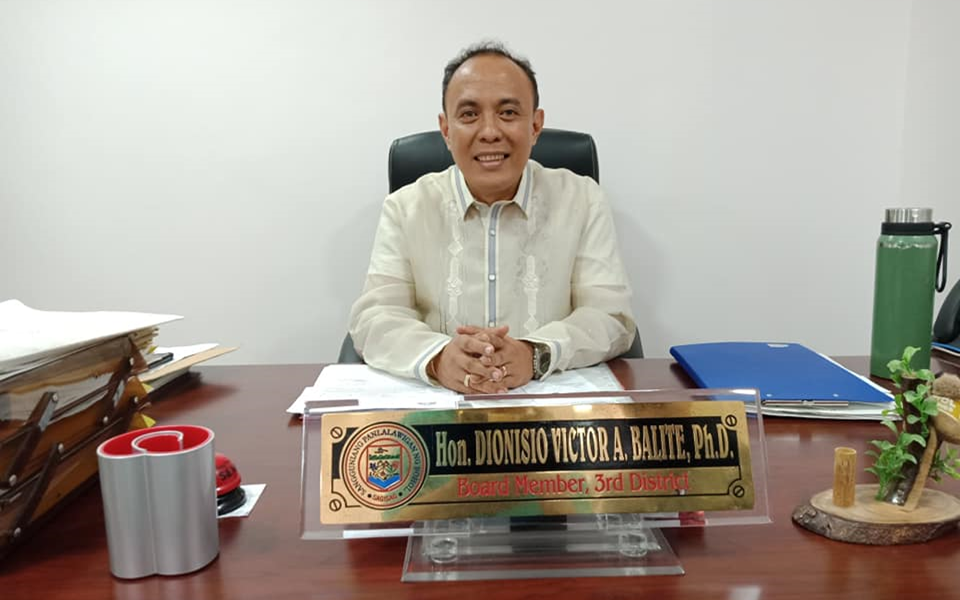 Senior Provincial Board Member Victor Balite, who had earlier announced his vice-gubernatorial bid, has become undecided on his political plans for 2022.

The still unclear final lineup of presidential candidates has made him rethink his candidacy, said Balite on Tuesday, three days before the filing of certificates of candidacy (COC) starts.

Balite is a member of the Nationalist People’s Coalition (NPC), whose chairman Senator Tito Sotto has announced his intent to run as vice president of Senator Ping Lacson who is eyeing the presidency.

The NPC however has only reportedly thrown its support behind Sotto but the party has yet to confirm who it will be promoting for president.

According to Balite, he will be running in the 2022 elections but for what position remained unclear.

Balite is on his second term as a member of the PB representing the third district.

In February this year, Balite first announced his vice-gubernatorial bid, which he then said was his “final” decision.

He said that he will be running as vice governor and running mate of last-term Second District Rep. Aris Aumentado, who has yet to officially announce his plans for 2022 but has been projected to run for governor. (R. Tutas)