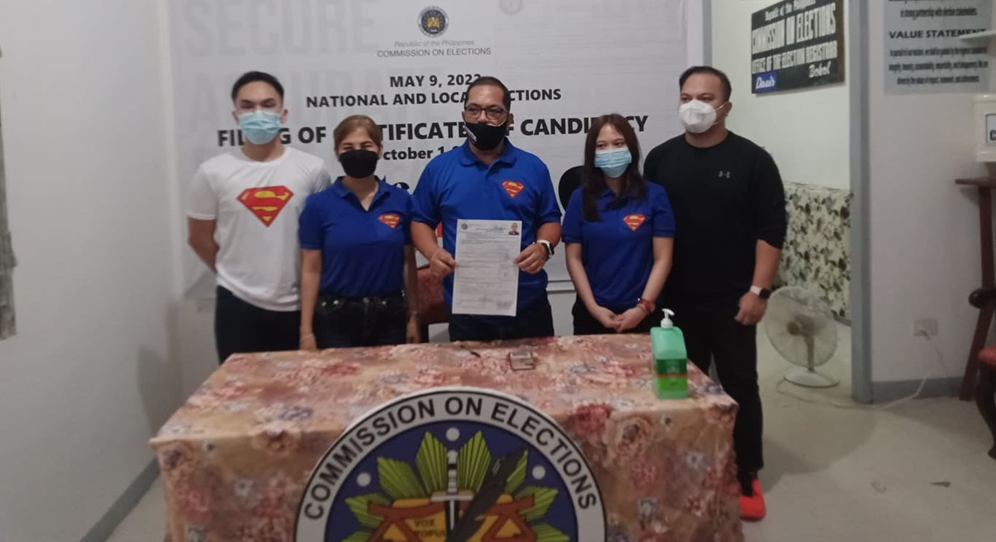 The current Dauis local government administration is fielding a husband-and-wife tandem in the 2021 elections.

Liga ng mga Barangay-Dauis Chapter president Josever Sumaylo on Monday confirmed that he has filed his certificate of candidacy for mayor while his wife Miriam, the town’s last-term chief executive, filed her COC for vice mayor.

Josever said he is running to continue the programs started by his wife during her nine-year stint as mayor.

According to Josever, they have the support of the town’s incumbent Sangguniang Bayan (SB) and barangay officials.

Josever expressed confidence that Dauis residents will again vote straight for their ticket.

In the 2019 elections, Miriam, her running mate Vice Mayor Luciano Bongalos and her entire SB lineup were elected.