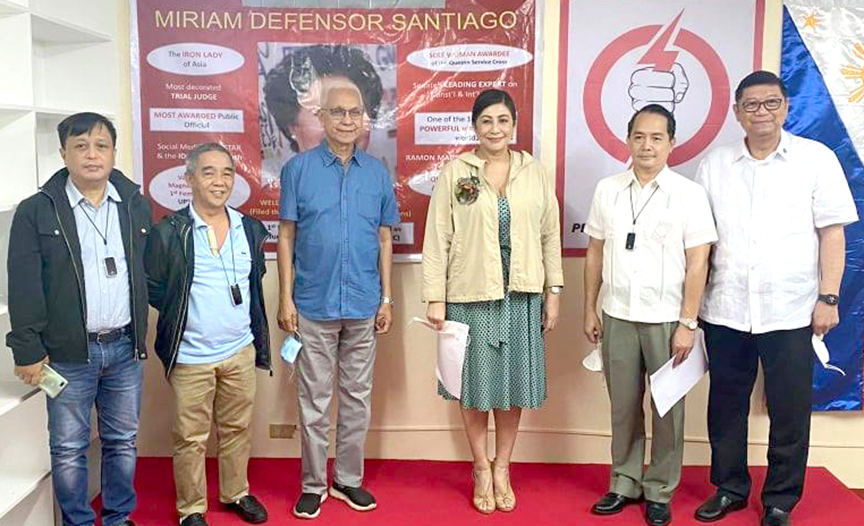 Former Cabinet Secretary Leoncio Evasco, Jr. took his oath with the People’s Reform Party (PRP) mid-last week which triggered speculations that this has something to do with the expected presidential bid of Davao City Mayor Sara Duterte.

Political observers said the Davao mayor already declared she does not want to be part of the present political conflict in the PDP-Laban between the Cusi and Pimentel wings.

Evasco was denied clearance by Pres. Rodrigo Duterte to run for Bohol governor in next year’s election.

The former Cabinet secretary could have wanted a return bout with Gov. Art Yap who won over him by a slim margin of 2,010 votes during the 2019 election.

Evasco who was in the frontline of Duterte’s campaign for president was asked to stand by in the event that Mayor Sara runs for the presidency.

Supporters of the lady Davao mayor remain hopeful that a major pronouncement will be issued on or before Nov. 15 which is the last day for substitution of bets for the 2022 polls.