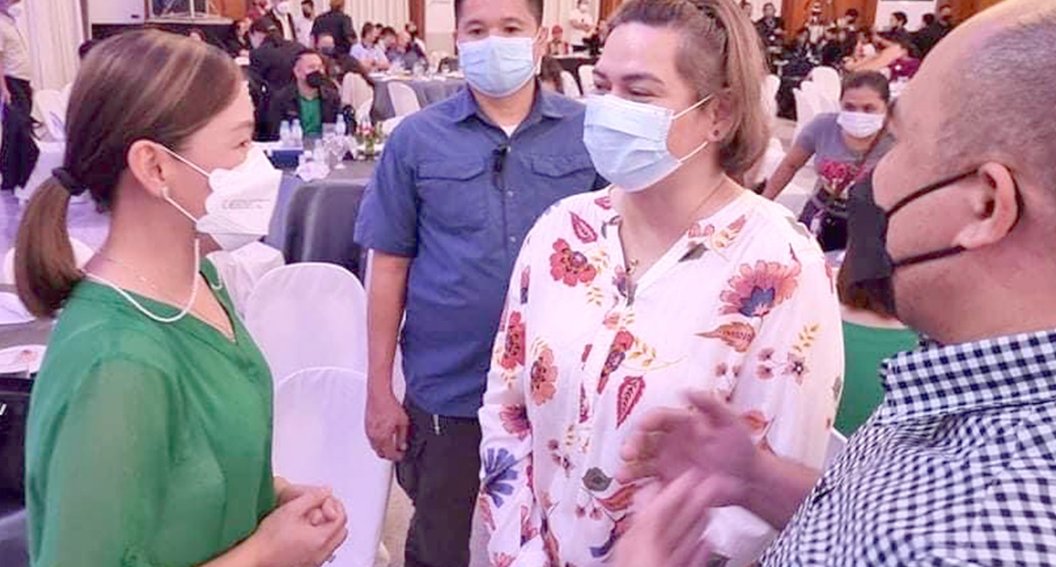 The separate meetings fortified Marcos’ and Duterte’s commitment to the Aumentados.

Despite efforts from the opposing camp to jump to the BBM-Sara group through former President Gloria Macapagal-Arroyo, Duterte was adamant that she will support only the Aumentado group.

In the Cebu meetings, Marcos assured the Aumentados of his full support, while Duterte reaffirmed her friendship with the Aumentado family.

Duterte even recalled her breakfast at Aumentado’s residence during the fiesta which renewed her friendship with the Aumentados, an old name in Bohol.

Aris, who is in his last term as congressman of the second district, is gunning for governorship, following the footsteps of his late father, former governor Erico Aumentado- -dubbed as the development architect of Bohol.

His wife, Vanessa, is running for a congressional seat in the second district.