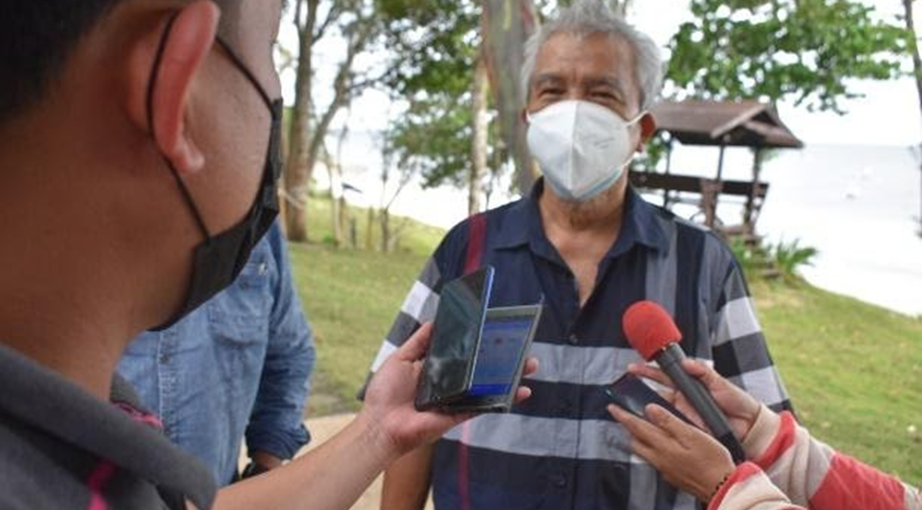 There will be no payment of pipeline of Balilihan town’s water project traversing the property of Richli corporation as long as the town and corporation come to terms in writing and that the water is for Balilihan only, Richard Lim said in an interview with media last week.

This came following the controversial demolition last week of a metal gate/fence along a portion of the alleged barangay road in question in barangay Sto. Nino, Balilihan town. The said knocking off the private gate/fence is against the law, Lim said in radio interview.

The demolition of the gate/fence was enforced by the barangay as confirmed by barangay chieftain Migronio Camanzo himself in an interview with media. “Ako’y nagpa-order,” so the pipe-laying works of Balilihan water project continues, he told media.

Lim said that the corporation has written a formal letter dated October 20, 2020 to the mayor for formal proposal “to grant a right of way to the DPWH to continue the on-going Balilihan Water Supply Project. It is subject to the execution of Memorandum of Agreement (MOA) between Richli and the Balilihan LGU.”

He said the corporation then requested for a MOA to be executed between the corporation and the municipality of Balilihan that would stipulate that no water would be sold to other private entities.

The proposal for a contract came after Richli Corp. learned that Balilihan Sangguniang Bayan authorized Mayor Pureza Veloso-Chatto via Resolution No. 139-2020 passed on July 24, 2020 for an agreement with BWUI.

The mayor is authorized to enter into a Memorandum of Understanding (MOU) with Bohol Water Utilities, Inc. (BWUI) thru its president Dennis Villareal “for the extraction and development of water supply based on the final draft of the agreement deemed beneficial to the people of Balilihan and nearby local government units in the province of Bohol.”

Until now, no formal response from the municipality has been received by the corporation, Lim said.

The National Water Regulatory Board (NWRB) representatives conducted ocular inspection last week to determine whether Balilihan thru its issued conditional water rights is correct in aiming to extract water from the said spring.

The corporation filed a petition to annul conditional water rights issued to Balilihan since it intends to tap water from the spring which allegedly belongs to Sevilla town.

The said conditional water rights for Balilihan is entitled to extract some 227 liters per second of water from the spring, Mayor Pureza Veloso-Chatto said in separate interview.

Lim clarified that the corporation is intending to tap surface water from the river and not directly from the Bugwak Spring, which is visibly situated across the river at the side of barangay Magsaysay, Sevilla town.

In its application for water rights, the corporation is allowed to extract more than 400 liters per second from the source.

The said spring is producing more than 4,000 liters per second of water.

Lim said that the demolition job was not supposedly ordered by barangay captain but the municipal mayor, who just signed the “order” under “noted.”

The said demolition of the gate was carried out to finish the pipe-laying of 6-inch galvanized pipe to the Bugwak spring where Balilihan Centralized Bulk Water Supply Project (BCBWSP) is being eyed to supply the town with the presence of full battle gear policemen.

Lim also said that all other people are allowed to pass thru the said private property bought by the corporation and traversed by the barangay road in question is situated without any single fee being imposed.

The corporation is contemplating to file complaint before the Ombudsman against those responsible for the demolition of the gate/fence as ordered by the barangay captain.

The said barangay road, part of which is already concreted by BOHECO, is questioned by the corporation since there were no documents, such as deed of donation, presented and accordingly the owner, the Pajuta family, did not execute such document in favor of the barangay. (rvo)

Rehabilitation, reopening of Loboc River Cruise may take a while, says tourism officer

It may take a long while before the town of Loboc can reopen the Loboc River Cruise, one of the… 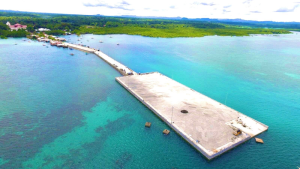 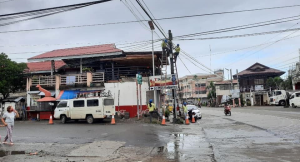 Tagbilaran among 25 chosen to be next ‘digital cities’ by 2025

NOTE: THIS PRESS RELEASE WAS FIRST PUBLISHED IN THE BOHOL CHRONICLE’S SUNDAY PRINT EDITION. The Department of Information and Technology…