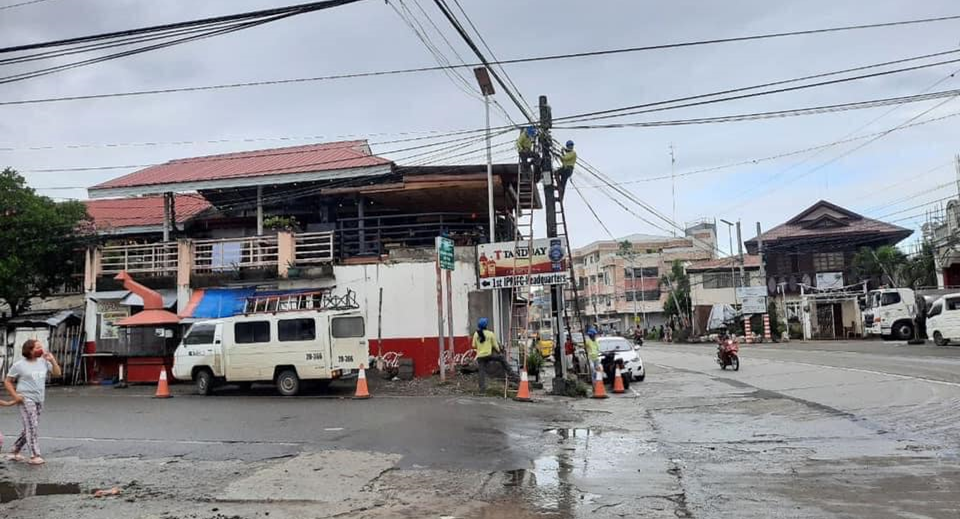 “In the Visayas, certain areas remain challenged due to several damaged roads, bridges, and power lines. Globe’s network engineers on site are working to bring services back to normal,” Globe said.

It said teams are already on the ground in Siargao, one of the hardest hit by “Odette”, and are installing equipment to restore mobile services.

Collapsed bridges, it said, have also caused delays in hauling materials for the installation of temporary aerial fiber and restoration works in some parts of Palawan, particularly north of Puerto Princesa.

“Globe is working closely with respective LGUs in clearing operations and infrastructure repairs to get communication lines in typhoon-hit areas,” Globe said.

On the other hand, Smart Communications, Inc. (Smart) said 99 percent of fixed services and 97 percent of wireless services are already online in Mindanao, including vital communication links in Misamis Oriental and Surigao del Norte.

In the Visayas, Smart said 60 percent of fixed services and 86 percent of wireless services have so far been restored.

Technical teams, it said, are on the ground and “working round-the-clock” in affected areas in Palawan amid clearing operations and power interruptions.

“Additional support teams have also been flown from Manila to critical areas via PLDT’s aviation unit to augment resources on the ground,” Smart said.

To help those in need —especially in the most heavily affected areas— Globe and Smart have rolled out free services to their customers and other mobile users.

The complete list of areas with these services can be found at www.facebook.com/GlobeBridgeCom.

“Globe is also extending a free one-month subscription to KonsultaMD for customers affected by the typhoon,’ Globe said.

It also encouraged its customers to help those in need by opening donation channels through its GlobeOne and GCash applications —proceeds will go to its partner organizations, such as the Ayala Foundations Inc., GMA Kapuso Foundation, and Rise Against Hunger Philippines.

On the other hand, Smart has provided emergency load assistance to its users in provinces that took the heaviest damage from the typhoon such as Bohol, Dinagat Islands, Southern Leyte, Surigao del Sur, and Surigao del Norte.

PLDT Home customers in Visayas and Mindanao will also be able to use a “bill reprieve” program —where users will not be required to pay for any fees incurred during days where they experienced disconnection due to “Odette”.

“Furthermore, there will be no disconnection of service due to non-payment until January next year, and the rebate will be reflected in customers’ January/February 2022 billing,’ PLDT said.

Similar to Globe, Smart has also rolled out free call and free charging centers in Visayas and Mindanao.

“The PLDT-Smart Foundation has commenced relief activities in the hardest-hit communities, starting with Kabankalan, Ilog, Cauayan and Sipalay in Negros Occidental, Maasin in Leyte and Butuan in Caraga. More areas are due for relief work in the coming days,” Smart said. (PNA)