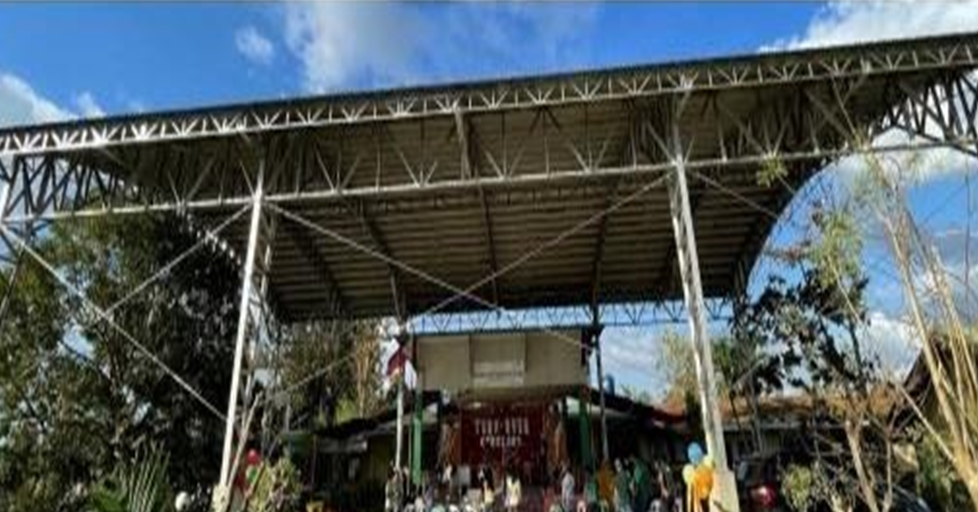 The Department of Public Works and Highways (DPWH) turned over the completed covered court in the Eastern Cogon Elementary School. City Mayor John Geesnell “BABA” Yap along with Eastern Cogon Elementary School Principal Concepcion Gallentes and Cogon Barangay Officials witnessed the turn-over on January 6. This new facility is the latest addition to the recently completed covered courts in Dao Elementary School and San Isidro Elementary School this year. The latter are both funded by the City’s Special Education Fund (SEF). Tagbilaran City’s SEF has been exponentially increasing upon Mayor Yap’s assumption in office, from Php25 million in 2013 to more than Php70 million in 2021. Further, the SEF has been always been put to work, with the deployment of the security guards to all the public schools, procurement of toner, rehabilitation of the library, repair of roofing and trusses of the Dr. Cecilio Putong National High School, deployment of teacher aides, and the procurement of equipment for the senior high school.

The SEF was also instrumental in the City DepEd’s blended learning. It provided printing gadgets that were stationed in the Learning Resource Management System at the Tagbilaran City Central School to hasten the production of modules, while heavy-duty photocopiers were provided to all the City’s public schools. For the calendar year 2020, the City DepEd produced and reproduced thousands of self-learning modules for K-10 and senior high school. “The prompt payment of taxes by the Tagbilaranons made this initiative possible. Tagbilaran City’s Special Education Fund has been exponentially increasing since 2013 resulting to improved services in education. The SEF has been instrumental in providing additional classrooms to all the City’s public schools, security guards, laboratories, multi-purpose covered courts, uniforms, and equipment. We can really feel our taxes working to improve the lives of our constituents,” Mayor Yap said.