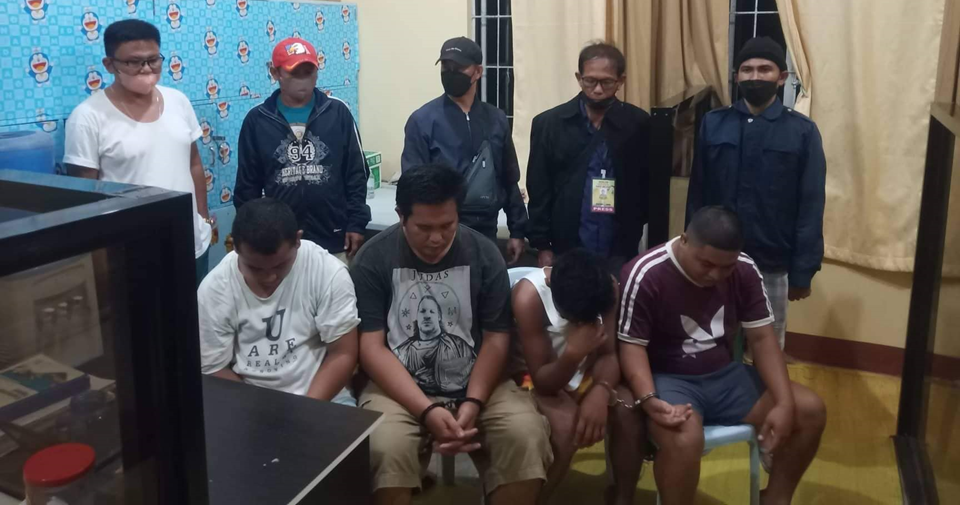 A local government unit (LGU) employee and three students including a minor were arrested by police during an anti-drug operation in Dagohoy town at dawn on Sunday.

Staff Sgt. Gerardo Turan of the Dagohoy Police Station said they set up the operation against Janos Mayol, 32, a casual employee of the Dagohoy LGU at the public market of the town in Barangay Poblacion.

The other collared persons were high school student Neil Tapic, 19; Mark Lagapa, 32, a student of PMI Colleges; and a 16-year-old boy.

According to Turan, Mayol sold shabu worth P1,000 to undercover cop resulting to his immediate arrest.

He added that the three other arrested personalities who were with Mayol during the operation were believed to be his customers and were about to start a pot session.

Mayol, Tapic and Lagapa have been placed under police custody pending the filing of charges against them.

Meanwhile, the 16-year-old boy was turned over the Municipal Social Welfare and Development Office of Dagohoy. (AD)