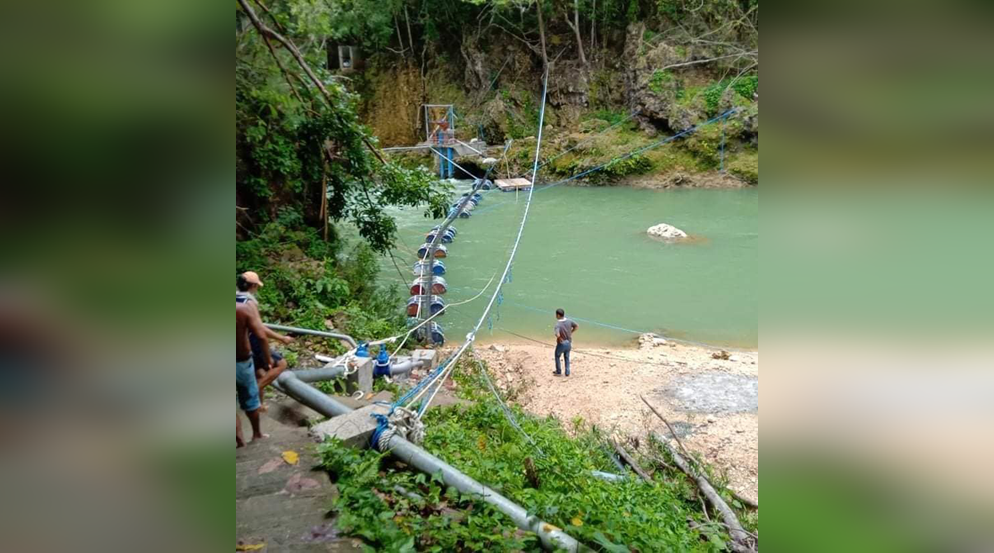 The National Water Resources Board (NWRB), after almost three years of protracted wrangling, has finally established the exact location of Bugwak Spring causing the cancellation of the water permit granted to the Municipality of Balilihan.

The cancellation of the Conditional Water Permit (CWP) of Balilihan was ordered by NWRB Executive Director Dr. Sevillo David, Jr., CESO lll, by authority of the NWRB Board on June 2, 2022, without prejudice to the filing of an application for a water permit by the LGU-Balilihan showing compliance with the provisions of Presidential Decree 1067 or the Water Code of the Philippines.

According to the NWRB resolution, “based on the ocular inspection report submitted as well as other documents, it is evident that this Board was misled when it was provided with inaccurate data and information as to the exact location of Bugwak Spring.”

“It cannot be denied,” the NWRB added, “that the LGU-Balilihan’s diversion point is located in an area different from what was indicated in its water permit application.”

An inspection team conducted an ocular inspection of the assailed site and categorically determined that Bugwak Spring is located in Brgy. Magsaysay, Sevilla and not in Brgy. Sto. Nino as claimed by Balilihan.

The six-page NWRB resolution cited “inaccurate data and information as to the exact location of Bugwak Spring as indicated in the water permit application (WPA) of Balilihan and its failure to post the notice of the application at the concerned offices where the point of diversion is located which is an “essential requirement”.

The notarized WPA of Balilihan indicated that the source of its water is located in Bugwak Spring, Barangay (Brgy) Sto. Nino, Balilihan instead of its exact geographical location in Brgy. Magsaysay, Sevilla.

Richli Corporation petitioned the NWRB to cancel the CWP of LGU-Balilihan on the grounds that there was fraud in the filing of the water application for the reason that Bugwak Spring is located in Brgy. Magsaysay, Sevilla and not in Brgy. Sto. Nino, Balilihan.

Initially, the petition to cancel the CWP of Balilihan filed by Richli was dismissed by the NWRB but was overturned on the strength of the findings of an inspection team and the admission of Balilihan that Bugwak Spring is located in Sevilla.

According to the NWRB resolution, cadastral maps obtained from the Department of Environment and Natural Resources (DENR) showed that Bugwak Spring is located at the southern side of Loboc River with coordinates latitude 9°46′ 31.60″ and longitude 124° 3’34.97′ E; Survey Plan: CAD 754; Lot Number 3533 clearly indicating that it is situated within Brgy. Magsaysay, Sevilla.

LGU-Balilihan was granted a CWP to extract water from Bugwak Spring, Sevilla with a volume of 227.18 liters per second (LPS) on January 27, 2020.

Likewise, a CWP was issued to Richli on November 18, 2020, with a volume of 894.47 LPS after the protest of Balilihan against the water entity’s water application was dismissed on September 13, 2021.

On June 28, 2022, then Governor Arthur Yap, apparently unaware of the June 2, 2022 NWRB resolution cancelling Balilihan’s CWP submitted his findings as requested by the Presidential Management Staff (PMS) regarding the “alleged anomalous contracts regarding the conditional water permit in the said municipality where water is sourced from Bugwak Spring in Magsaysay, Bohol.” as alleged by Gregorio Enrique Madanguit lV, a resident of Purok 2, Ampalaya, Brgy. Del Carmen Weste.

Yap cleared Chatto stating that “there appears to be no illegal or irregular act committed by Mayor Chatto specifically violation of the Water Code of the Philippines, as the Municipality of Balilihan was able to present a valid and subsisting Conditional Water Permit by the NWRB.”

The Chronicle elicited the response to the NWRB resolution from Chatto, Richli  and LGU-Sevilla Mayor Juliet Dano.

When informed by the Chronicle about the cancellation of its water permit and the course of action they would take, Chatto responding to the text message from the Chronicle said: “Good for you! You already know. We haven’t received such order yet. We are not giving up on this fight for our water.”

Richard Lim, Richli Corp. President texted the Chronicle saying “We are pleased about the NWRB’s decision. The rule of law was successfully implemented. Bugwak Spring is located in Sevilla, and not Balilihan.”

“Richli Water is more than happy to offer the Balilihan LGU free use of its water permit for the people of Balilihan,” added Lim.

For her part, Dano expressed relief that finally, the NWRB resolved the issue and hoped that the resolution will redound to the general welfare of all stakeholders.

Dano recalled that she informed the inspection team that the LGU-Sevilla and Brgy. Magsaysay was not notified of the WPA of LGU-Balilihan in Bugwak Spring. The NWRB issued WPA no. 021076 in favor of LGU-Sevilla with a volume not exceeding 20 LPS even as an application for an increase of volume under the existing water permit was filed and is now pending before the NWRB.

Dano wrote to David on April 23, 2022, about the ongoing activity without the proper legal permit from the barangay and the municipality.

Dano informed David that the water rights allegedly obtained by the “proponent” of the project “erroneously put the address of Bugwak Spring in our neighboring municipality which is more reason why Barangay Magsaysay demands an immediate cessation of the said activity.”

The inspection team also found that the LGU-Balilihan has an existing submersible pump and pipeline in Bugwak Spring that traversed from the other side of Loboc River to Brgy. Sto. Nino, Balilihan and Chatto claimed that the “construction of the water supply system was done by a contract between the respondent Achacoso and the DPWH being nationally funded projects.”

Dano requested David to facilitate the resolution of the issues of Bugwak Spring, the main source of the town’s Level lll Waterworks System.

LGU-Balilihan is embarking on a PhP90 million “Balilihan Centralized Bulk Water Supply Project” which is now in the final stages of completion with the abundant water from Bugwak Spring, Barangay Magsaysay, Sevilla just across Barangay Sto. Nino, Balilihan as its major water source.

According to a four-page complaint filed by Barro, the extraction of water from Bugwak Spring is illegal since Chatto and Achacoso were “in conspiracy with each other” to construct a pumping station without applying for any permit from Barangay Magsaysay or the municipality of Sevilla.

Barro narrated in his affidavit that on November 15, 2021, he learned that a construction project was being undertaken by Achacoso Construction upon orders by Chatto to illegally extract water from Bugwak Spring located in his barangay.

Upon request from Barro and barangay officials, the workers acceded to the request to stop the ongoing construction and secure first a permit from the barangay and the municipality.

Taking advantage of the destruction wrought by Typhoon Odette on December 16, 2021, construction was “surreptitiously continued and hastened the construction” without any permission until it was completed, according to Barro.

The completion of the “unwarranted project” without any permit drew the ire of the Sangguniang Barangay of Magsaysay who enacted Resolution No. 10, series of 2022 declaring its “vehement objection and strong opposition” against the illegal extraction of water from Bugwak Spring without the permission and approval of Barangay Magsaysay and the Municipality of Sevilla.

With the uncompromising stance of Chatto to “fight for our water”, the offer of Richli Corp. for the free use of its CWP for the people of Balilihan and the measured response of Dano to resolve the water issue for the general welfare of all stakeholders, the simmering land ownership issue hounding the pipe laying component of the ongoing construction brings a damper to the peaceful resolution of the water controversy. (Chito M. Visarra)