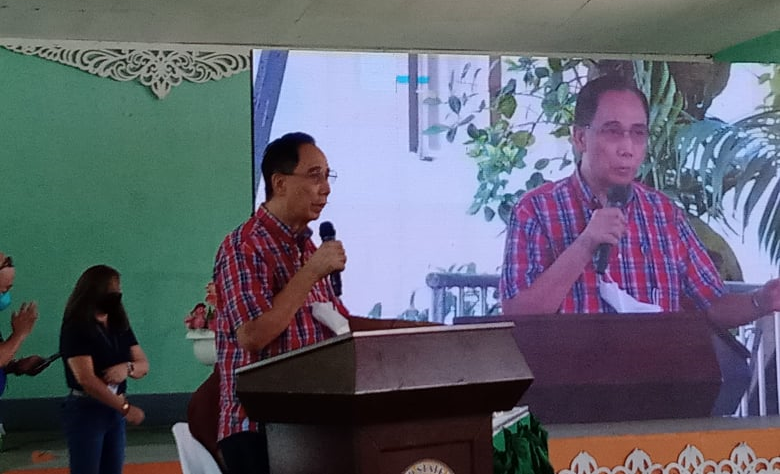 Department of Agriculture (DA) Secretary William Dar arrived in Bohol on Monday to lead the turnover of cash aid and launching of livelihood programs in the province.

He was accompanied by Governor Art Yap and DA Assistant Secretary for Operations Arnel de Mesa.

Dar said the DA allocated P267.7 million for 52,818 rice farmers in the province through the RCEF-RFFA.

Under the program, each registered rice farmer will get P5,000.

Through the RCEF-RFFA, the DA provides financial assistance to rice farmers as compensation for the projected reduction of farm income arising from the tariffication on rice.

Dar acknowledged the efforts of rice farmers on agricultural productivity which has been at an all-time highest in the past two years.

Dar also appealed for strengthened partnership between the DA and local government units in improving the agriculture sector particularly amid the implementation of the Mandanas ruling which bestows on LGUs bigger budget share and responsibilities.

According to Dar, the DA has allocated a total of P1.67 billion for Bohol through various programs.

He added that the DA has also appealed to the National Disaster Risk Reduction and Management Council for P150 million as assistance to farmers in Bohol in the aftermath of Typhoon “Odette” which ravage the province’s agriculture sector.

The DA will also be extending a P500-million fuel subsidy for corn farmers and fishermen.

After the ceremony at BISU, Dar also led the launching of the Kadiwa on Wheels at the Old Tagbilaran City Airport which showcases fruits from Davao, Cagayan de Oro and other parts of Mindanao which are being sold at lower prices.

Among the products sold at the showcase center include durian, marang, pomelo, rambutan and various root crops.