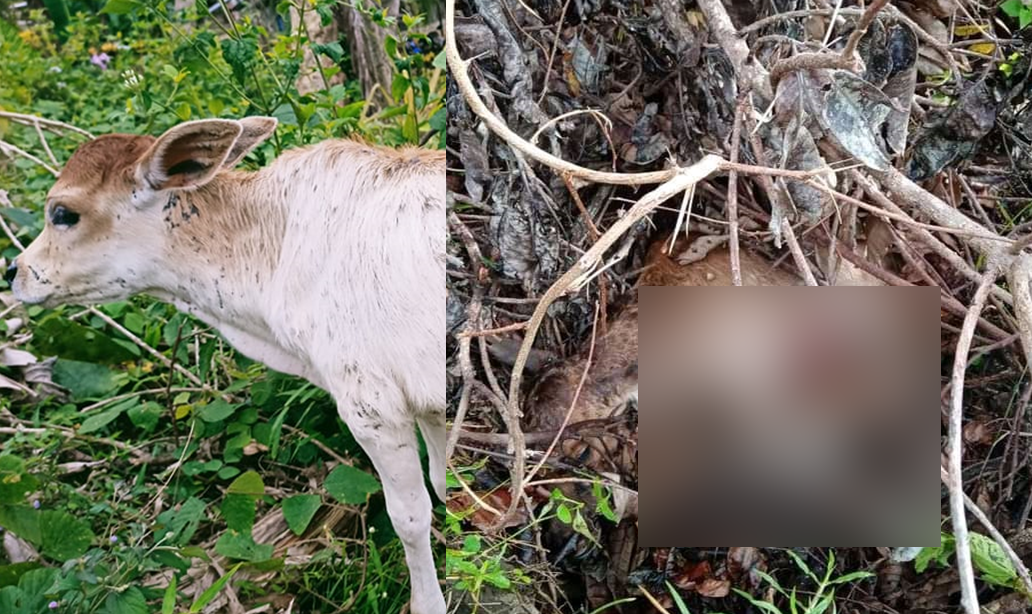 The “mysterious” death of at least four calves in a span of two weeks in the village of Mahangin in Candijay baffled and scared residents in the southeastern town.

Mahangin Barangay Captain Leonardo Olaso on Wednesday said the calves were found dead with bite and scratch marks in the neck and various parts of the body.

The chest and belly areas of the cattle were also notably bitten off, Olaso added.

All four deaths happened on separate occasions. The first calf death happened two weeks ago while the latest incident was on February 5. Another calf which also sustained similar injuries survived the attack, said Olaso.

One of the calf owners, Joel Maquidato, said he found his calf on Saturday morning still alive but later succumbed to its injuries.

According to Olaso, some residents believed that a pack of large dogs attacked the calves.

However, there have been no witnesses who could determine if these were indeed dog attacks.

Meanwhile, some residents believed that the attacks may have been carried out by “wakwak.”

Based on Philippine mythology, a “wakwak” is a vampiric and a bat-like creature that snatches humans at night.

According to Olaso, the incident has already been reported to the municipality’s veterinary office and the police.

He added that they have also been conducting concealed nighttime patrols.

Residents have gathered calves in one area as bait to catch the attackers but so far, there have been no more recorded incidents. (J. Gutierrez with a report from R. Tutas)