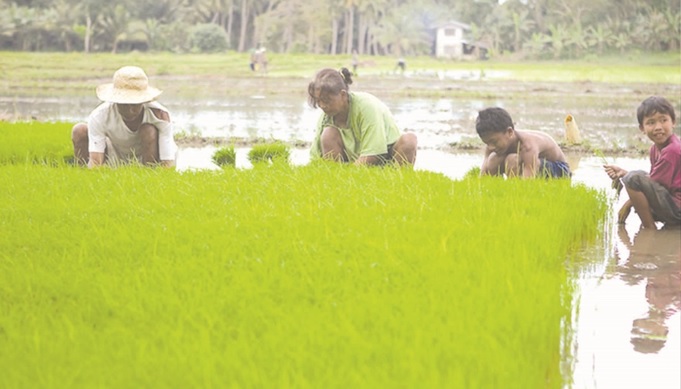 Agriculture Sec. William Dar declared the national agency’s continuing support to Bohol while he lauds the Provincial Government of Bohol’s agricultural programs during his visit on Monday, February 7, to turn over DA’s various interventions to the province’s farmers and fisherfolks.

He announced that Bohol being a chosen province to lead nationwide in the PAFES or Province-Led Agriculture and Fisheries Extension System Program, it was critical that the DA helps get Bohol quickly back on its feet again to help in the implementation of agriculture and fisheries productivity programs.

Bohol Governor Art Yap, two-time Agriculture Secretary in the Arroyo Administration, said in his remarks that the secretary’s visit is most timely considering the province was badly hit by Typhoon Odette.

The DA Secretary committed to download at least one billion pesos in assistance ready for distribution within this quarter. Included in the package of support was the distribution of PHP 5,000 pesos for more than 52,000 farmers in the amount of P267 million. By April, another P267 million from the RCEF 2022 budget will be released to registered farmers.

In upscaling the soil and water technologies and facilities, including the repair of tissue culture facilities for banana trees, the DA committed the amount of 15 million pesos from the Bureau of Agricultural Research.

From the NDRRM, the DA will be recommending the further release of 150 million pesos for commodity and facilities upgrading, which include assistance for the coconut industry and fisheries.

Secretary Dar specified that the Philippine Coconut Authority is tasked to give agricultural interventions in coconut replanting considering that more than 2 million trees were destroyed or severely affected by Typhoon Odette. He also committed that even as he will allow a moratorium for the cutting and transportation of felled trees, he will not to allow the felled coconut lumber to be shipped outside of Bohol so the trees can be used for local needs first before being exported out of the province.

Governor Yap was able to secure the support of Secretary Dar for the approval of the Bohol Food Terminal Project. Through this endeavor, Bohol will embark to build food processing and packaging centers in Talibon (for fisheries and seaweeds), Ubay/ San Miguel (for livestock and poultry), Carmen (for fruits, cacao, coffee and high value crops) and Balilihan (for integrated coconut products.)

“If only we had the storage and processing capability in the province, then typhoon Odette would not be able to threaten food security because raw commodities can be packed and processed, lessening wastage and increasing the shelf life of food products,” Yap said.

The Development Bank of the Philippines (DBP) also committed to partner with the Provincial Government and the DA to provide financial support to ensure the sustainability of project financing for farmers’ groups, especially in the rice program project areas, and the upcoming Bohol Food Terminal operations in four locations around the province.

“The one billion assistance for this first quarter is merely an initial amount. Depending on how fast the province and its stakeholders can absorb funds, there is every possibility that the fund assistance can even be doubled by the third to the fourth quarter from round 2 of the QRF and NDRRM Funds.  The key is in using the funds quickly for what they are intended for,” Sec. Dar emphasized.

“We intend to prove that Secretary Dar and the DA is correct in supporting Bohol as we have every intent in helping farmers produce more and earning more through processed goods.  We must now work on revamping agriculture in Bohol so we can be a regional exporter of food products, specifically processed pork cuts and high-value commodities.” Yap said.