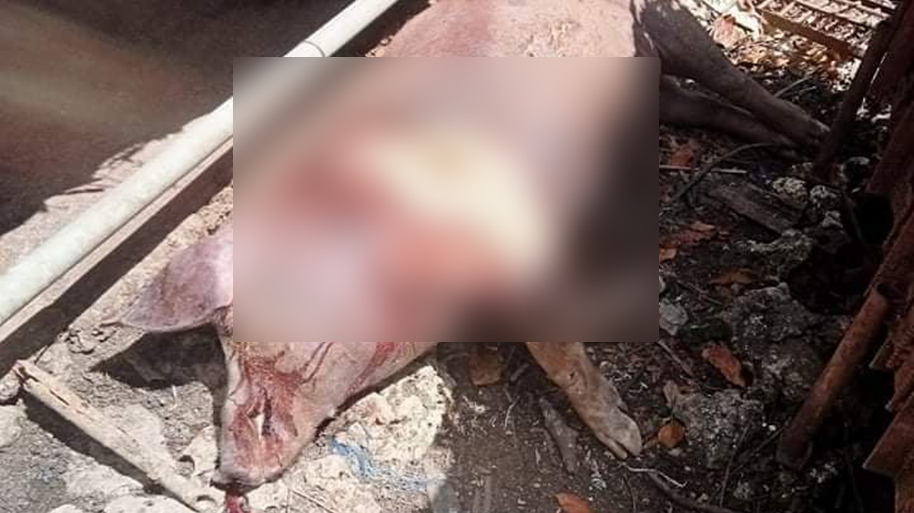 Some 12 pigs were killed in Balilihan town in what has been the second reported fatal attack on multiple livestock in the province this month.

The municipal officer believes the attack happened on Tuesday night.

The pigs were kept beside the house of the owner, Vieto Lim, who was not home during the incident and only saw the lifeless hogs on Wednesday morning.

She said the attack may have been carried out by wild animals but they could not determine what these were.

The town’s veterinary office is also looking into the incident but has yet to release findings.

Oñes added that it was not the first time that they found multiple animals dead amid “mysterious” circumstances.

She said in July last year they found 10 fighting cocks dead with missing heads but with no traces of blood near their bodies.

Earlier this month, a series of attacks on cattle also baffled residents in Mahangin, Candijay.

In a span of two weeks, four calves were found dead on different days with bite marks on them.

Authorities have also yet to determine what happened to the calves but suspected that the attacks were carried out by a pack of dogs that lost their food source in the aftermath of Typhoon “Odette.”

The Office of the Provincial Veterinary Office said the stray dogs may have gone hungry after a nearby dumpsite which was their source of food was washed out when the storm hit the province in mid-December. (A. Doydora)