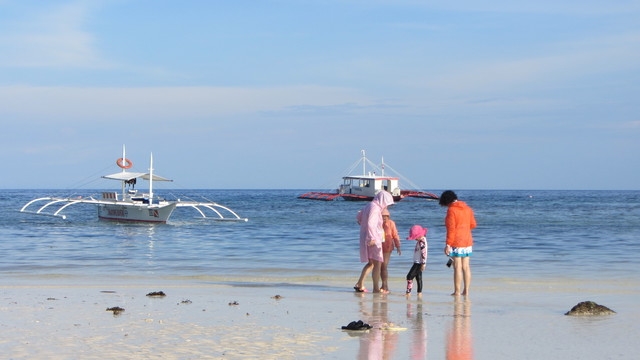 The arrival of tourists is expected to pick up in time for summer.

This was the forecast shared by resort managers in Panglao who noted a gradual increasing level of arrivals starting this weekend.

Resort General Manager Hope Uy of South Palms confirmed a remarkable increase in bookings which can bring in guests to raise occupancy level to 50% by the end of this month.  Sixty percent of the present arrivals are domestic tourists coming in from Manila and Cebu.

Amorita Resort Manager Leeds Trumpeta, for his part, acknowledged the growing awareness of Boholano residents starting to patronize Panglao resorts after a big slash in room rates since after the gradual re-opening of resorts during the pandemic. He expressed gratitude to the support of Bohol residents who availed of their amenities while there was zero arrival from outside Bohol. In fact, Amorita is hosting a huge crowd of Boholano clients during tomorrow’s celebration of Valentine’s Day, he said.

Manager Romel Gonzales of Modala, the newest resort in Panglao reported a 16-room daily occupancy which is indicative of an uptrend booking.  He recorded a much better occupancy level this month compared to January. He likewise expressed appreciation to their Boholano clientele who fill in the resort during the lockdown of arrivals at all ports of entries here.

With the relaxed health protocol, Manila arrival would average at 3 to 5 rooms daily at Bellevue Resort.

Bellevue Resort Manager  Doer Escoto was one of those very optimistics that bookings will pick up starting next month straight to the summer months.    The resort is already getting a lot of  inquiries, including checking on the latest health protocols, he said.

NO FOREIGN ARRIVALS YET

Despite the relaxed health protocols in entering the province, no foreigners have been noticed checking in at resorts here.

Hotelier Boom Fonacier of Bohol Beach Club told the Chronicle that there are countries who are still imposing strict health protocols at their port of entries.  He cited Taiwan wherein their arriving passengers are still required to undergo two-week quarantine. This protocol in entering back their country discourages Taiwaneses from coming to the country despite their enthusiasm to sample the beaches and greenery Bohol has to offer.

Another reason cited for the absence of foreign tourist arrivals is the expensive airfare, Fonacier said.

However, like the resort managers, Fonacier is looking at a forecast of higher arrivals during the coming summer, to commence during the Holy Week.

A higher arrival level is expected once there will be a stop on the resurgence of COVID-19, he concluded