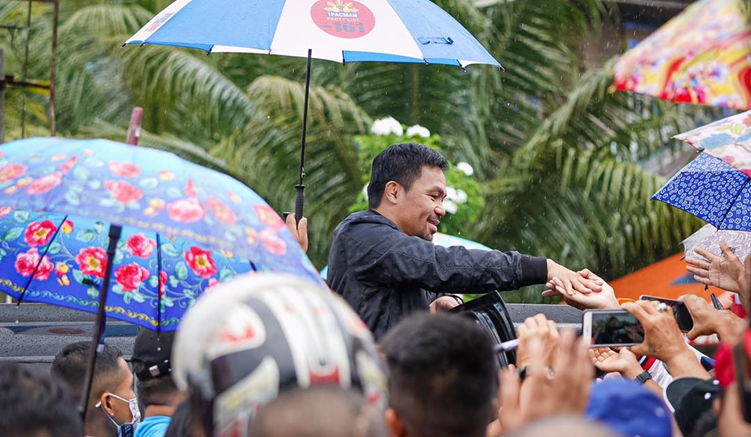 Aspiring president Senator Manny Pacquiao is scheduled to barnstorm Bohol on Thursday visiting multiple towns in the province which helped catapult him to victory in the 2016 senatorial race.

Pacquaio will be in Bohol for two days and will be staying overnight at the Henann Resort in Panglao.

Unlike those of his opponents who held large rallies in the province, Pacquiao’s visit will not have much fanfare.

According to Dumaluan, Pacquiao will hold dialogues with residents in Inabanga and Tubigon and visit markets in Tagbilaran City but will not hold a grand rally.

According to Dumaluan, Pacquiao is scheduled to meet local leaders of PROMDI and PDP-Laban at a restaurant in Tagbilaran City.

He will also meet pastors at Dumaluan’s beach resort in Panglao.

On his second day, Pacquaio will visit stations DYRD and DYTR for brief interviews.

Dumuluan said they initially wanted Pacquiao to visit more towns but there is not enough time as he is scheduled to fly out of Bohol at 4 p.m.

In 2016, Pacquiao ranked fifth in Bohol in the senatorial race.

He garnered 228,125 votes in the province, which is now the 20th most vote rich province in the country. (AD)