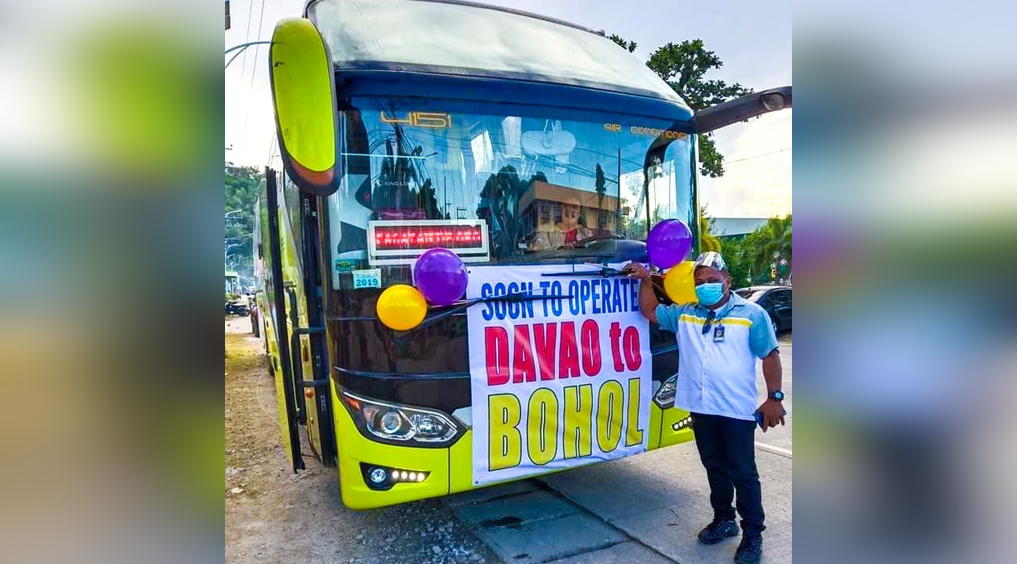 The Southern Star Bus Transit, Inc. (SSBTI) will finally inaugurate next week its Bohol-Davao bus route after its launching was delayed due to the pandemic, an official of the firm said.

According to SSBTI Bohol branch manager John Lumacang, they will deploy two air-conditioned buses to ply the route between Tagbilaran City and Davao City via a roll-on, roll-off (RORO) vessel starting Monday next week.

Lumacang said they will initially offer three trips to Davao City and two trips to Tagbilaran City per week.

The 53-seater bus will depart Tagbilaran City on Mondays, Wednesdays and Fridays at 10 a.m. and pass through Tubigon, Talibon, Ubay, and Jagna, where it will board a RORO vessel bound for Nasipit.

It will then travel to Davao City via Butuan City.

Lumacang said the trip which costs P1,200 will take an estimated 15 hours.

He added that the amount is exclusive of the terminal and RORO fees.

According to Lumacang, it is the first time for the bus firm to offer the route which they initially scheduled to open in 2019.

The bus firm will also be able to launch the new route because of the added RORO trips between Bohol and Mindanao.

For now, passengers will be able to pay the fare directly to the bus’s conductor but Lumacang noted that they will soon launch an online booking system. (A. Doydora)