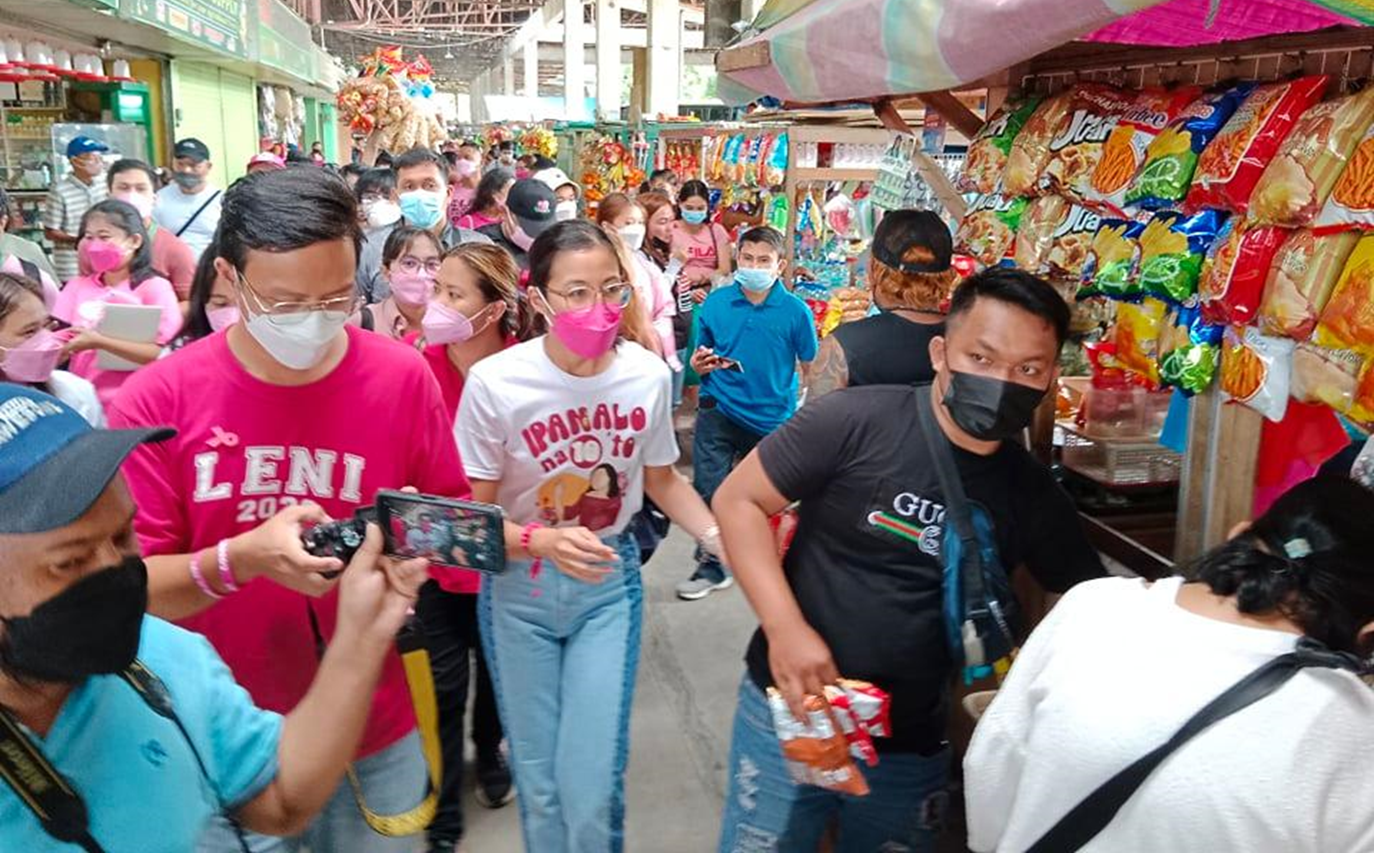 The camp of presidential candidate Vice President Robredo made a final push to woo voters in Bohol to support her candidacy through their “tao sa tao” or man-to-man campaigning.

Doctor Tricia Robredo visited the Integrated Bus Terminal in Tagbilaran City, the province’s largest bus terminal, on Thursday to campaign for her mother.

Tricia who was accompanied by youth volunteers and former Bohol provincial administrator Ae Damalerio, chairman of the Robredo People’s Council in the province, met vendors, drivers and commuters.

She also visited Robredo’s volunteer center in Tagbilaran City to meet supporters helping out with the vice president’s campaign efforts in the province.

Tricia, and her siblings Jillian and Aika, have been campaigning for their mother across the country by personally visiting markets, villages and other public areas.

He said volunteers in Bohol have also been making rounds across the province to conduct house-to-house campaigning.

So far, Robredo’s team of local volunteers has covered “85 percent” of all 1,109 barangays in the province, Damalerio added.

The widespread volunteer-led campaign will continue until the end of the campaign period on Saturday.

In April, Robredo and her running mate Sen. Kiko Pangilinan held a grand rally at the Old Tagbilaran City Airport.

Despite not getting any significant support or endorsement from local officials or candidates, the event drew an estimated 80,000 people.

In the 2016 elections, Robredo proved to be dominant in Bohol after garnering 273,589 votes in the vice-presidential race. She won over Alan Peter Cayetano who got 168,247 votes and Bongbong Marcos who only tallied 79,729 votes. (A. Doydora)