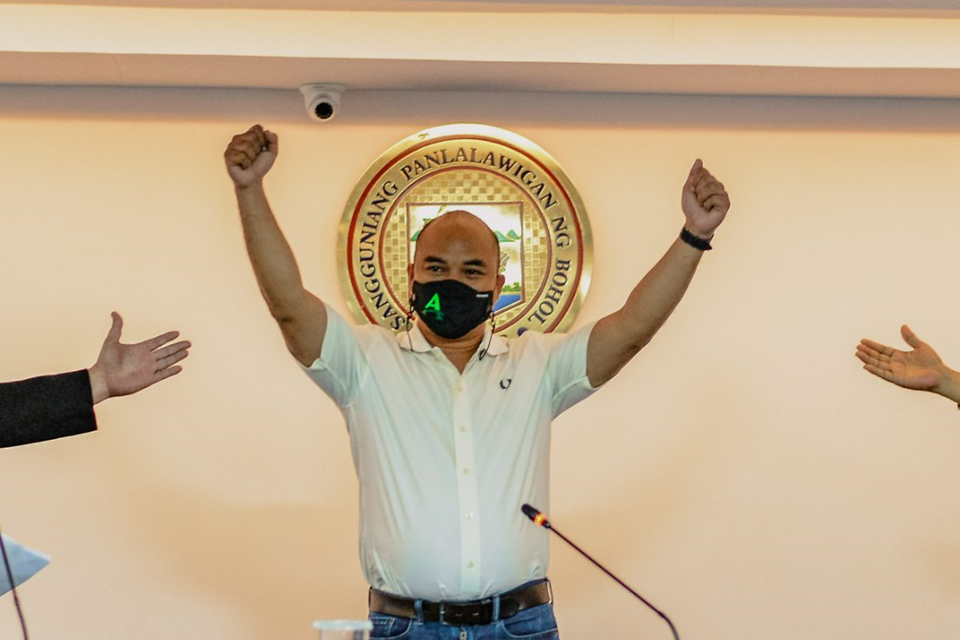 Aumentado led over Yap who is on his first term as chief executive by a whopping 185,833 votes, the largest margin in recent history.

According to the final tally by the Bohol Board of Canvassers which was completed on Tuesday, Aumentado garnered 469,736 votes while Yap got 283,903 votes.

At 1 a.m. on Tuesday, just eight hours after the polls closed, Yap conceded defeat to Aumentado whose lead continued to widen.

Yap congratulated Aumentado and announced his retirement from local politics after serving for nine years as representative of the third legislative district from 2010 to 2019 and as governor since 2019.

“To all who supported me in my political journey, I will forever be grateful to all of you even as I now announce the closure of my involvement in local politics,” Yap said in a statement posted on Facebook.

Aumentado, who is on his last term as second district representative, won in 41 out of 48 localities in the province.

Based on Comelec data, two of the province’s most vote-rich localities, Tagbilaran City and Ubay, Aumentado’s hometown, helped catapult the outgoing congressman to victory.