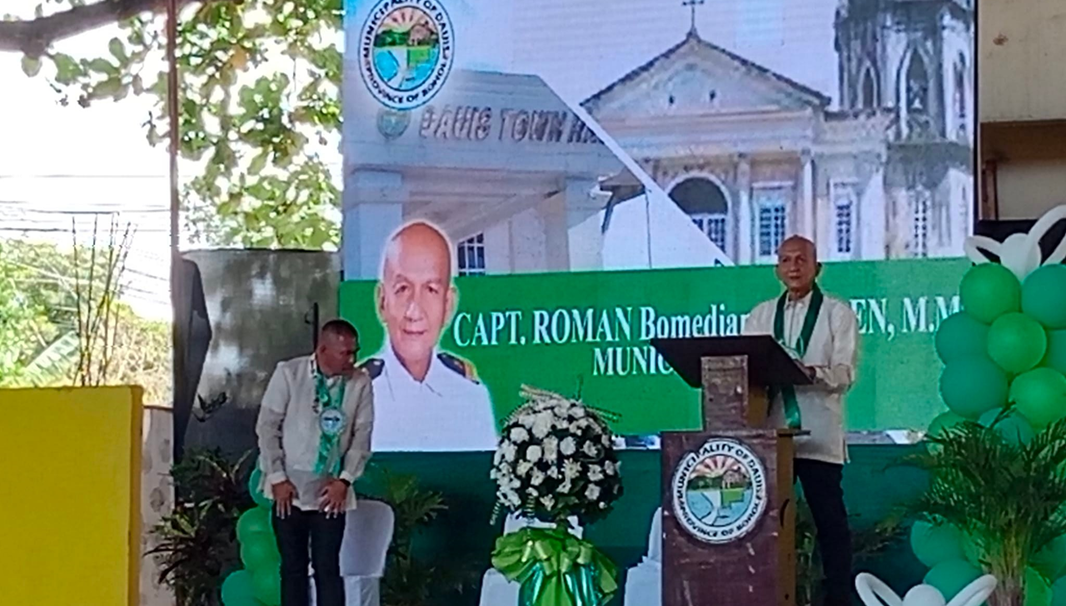 Days away from officially taking over as chief executive of Dauis, Mayor-elect Amoi Bullen already faces a tall order of either uniting or going up against the municipality’s other elected officials as he is seen to be met by an overwhelming opposition in the town’s legislature.

Bullen, a ship captain by profession and a political neophyte, will be leading Dauis with his political rival, outgoing Mayor Miriam Sumaylo, as vice mayor and a Sangguniang Bayan in which seven of eight councilors are her allies.

Despite the odds being stacked up against him, Bullen is undaunted by the opposition’s numbers.

The incoming mayor, in an interview with the media after his inauguration on Monday, said he will bank on civil society groups and town residents to help push the approval of his initiatives.

According to Bullen, he is also willing to set aside politics and work with Sumaylo’s camp in achieving progress for the town.

He said Sumaylo and her camp should prove that they are indeed looking out for the town’s development by not politically countering his policies and projects.

However, the incoming mayor said Sumaylo’s camp appeared unresponsive to his calls for unity.

According to Bullen, he invited Sumaylo and her allies to his inauguration but was snubbed.

Bullen won the mayoralty against Sumaylo’s husband, Josever, in the May 9 polls.

Josever was supposed to replace Miriam who ran for vice mayor after nine years at the helm of the municipal government. (A. Doydora)