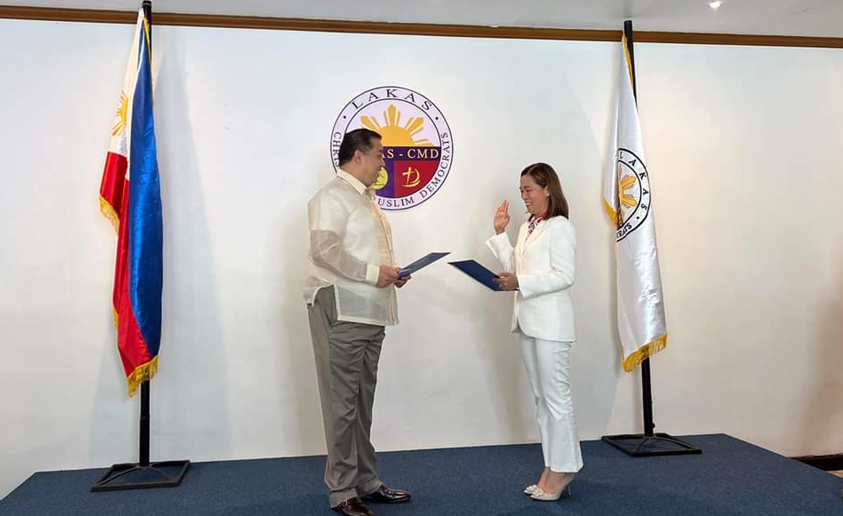 Aumentado, along with two other lawmakers, took oath before Lakas-CMD president and presumptive Speaker Martin Romualdez inside the Malacañang Complex on Thursday afternoon.

According to Aumentado, it would be advantageous for her district if she aligned with the Lakas-CMD.

The party, which was once the ruling party during the administration of former president Gloria Macapagal Arroyo, is reemerging as a political force in Congress.

It is now chaired by Vice President Sara Duterte and is supporting the administration of President Ferdinand Marcos, Jr., Romualdez’ first cousin.

Aumentado’s shift brought the total membership of the political party in the lower chamber to 64.

According to the neophyte lawmaker, she had the blessing of her old party, the People’s Reform Party, to join Lakas-CMD.

“The first person I called was Evasco. He’s my party mate in PRP. Nananghid ko niya and he said ‘no problem.’ Mao nagpatabang pud ko niya,” said Aumentado. (A. Doydora)