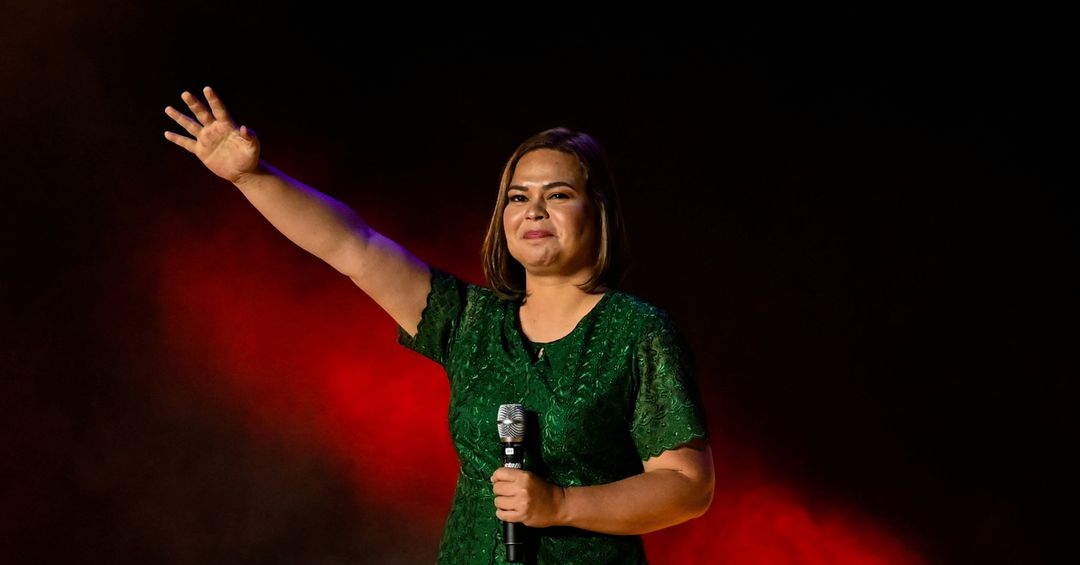 Vice President Sara Duterte will arrive in Bohol on Friday morning in what will be her first visit to the province since her election as the country’s second highest-ranking government official.

Ric Obedencio, chief of the Capitol’s information office for media affairs, said Duterte will be the keynote speaker during the celebration of the 168th Bohol Day at the Bohol Cultural Center in Tagbilaran City.

However, only a limited number of people will be allowed to enter the venue.

Duterte who is expected to arrive at 8 a.m. will be staying until the afternoon, but her itinerary has yet to be announced.

Teachers and local officials of the Department of Education, which is currently headed by Duterte, have pushed for a short audience with the vice president to air their concerns, but it has yet to be confirmed if the meeting will be organized.

Duterte is also scheduled to hold a meet-and-greet event with ABAKA (Alyansang Bol-anon) PH, a local community organization which has long supported the Dutertes.

According to ABAKA PH chairman Norris Oculam, the event will be joined by members and officials of the group.

Mayors who have been supportive of Duterte’s political campaign will also attend the event.

For security reasons and to avoid crowding, Oculam did not mention the venue of the event, which he said is expected to be brief.

Throughout the campaign season, Duterte and her running mate President Marcos did not visit Bohol, the 20th most vote-rich province in the country.

This was reportedly done to avoid conflict as both gubernatorial candidates in the province, Gov. Aris Aumentado and former governor Art Yap, were seeking their endorsements.

Despite skipping Bohol in their campaign trail, the Marcos-Duterte tandem won by a landslide in the province. (A. Doydora)