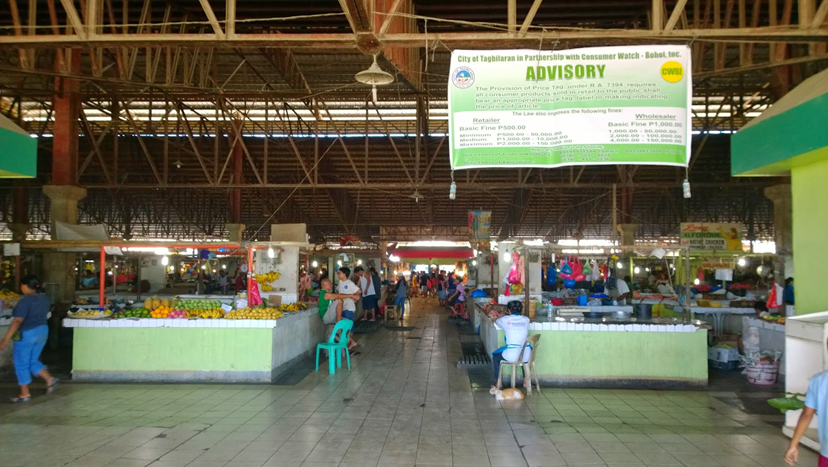 NOTE: THIS STORY WAS FIRST PUBLSIHED IN THE BOHOL CHRONICLE’S SUNDAY PRINT EDITION.

The Sangguniang  Panlalawigan is studying the possibility of regulating prices  of fish in a bid to help lower the prices of fish sold in the local market.

Veteran Provincial Board Member Atty. Tomas D. Abapo, Jr. initiated the crafting of a legislative measure aimed at regulating the prices of fish and other aquatic resources.

He proposed an Ordinance ‘prescribing the classification of fish and other aquatic products and fixing the ceiling prices determined by kilograms and imposing penalties and thereon and for other related purposes,’ for first reading, Abapo told the Chronicle interview last week.

Vice-Gov. Dionisio Victor A. Balite, who chairs the agriculture committee, lauded Abapo’s initiative. “The move of BM Abapo is a noble action for a proposed ordinance.”

This came after Gov. Aris Aumentado issued an executive order creating the Task Force Isda to help monitor and check the fish prices in the markets around the province.

This is aside from the initiative of the province in reactivating the Provincial Price Monitoring Council, which met last week. Details of its discussion were not immediately available, however.

The move to propose a legislative act was prompted as the consumers have been peeved at what seemed to be a never-ending hike in fish prices. The skyrocketing of fish prices and other basic commodities has impacted consumers since the pre-pandemic days.

A resident, who did not give his name, said that fish prices contributed to Bohol’s moniker as the “most expensive province.”

Abapo recognized some important factors that cause the increase in fish prices sold in most public markets.

One is the much-reported “cartel.” He said in vernacular, “Mas maayo bungkagon ning cartel kay mao ni nakamahal sa presyo.” (It will be better to get rid of this cartel).

It was learned that former assistant to Agriculture Secretary Alcala, Benjie Oliva said that a fish cartel exists in the Bohol fish industry based on the department’s study.

Another is the numerous layer of middlemen. Abapo said that even before the fish catch reached the shoreline, it is already sold out in the middle of the sea.

It appeared that fishers owed the middlemen the catch as the latter provided money for the former’s fishing operations, like fuel, he said. And the fisher can not anymore sell their catch to other prospective buyers.

What made it ironic is that some buyers bring the catch to Cebu and some middlemen bring the same catch back here.

Abapo said that the legal basis of the proposed fish Ordinance is the “general welfare clause” provided under Article II of the Constitution.

Another is the Local government Code of 1991 which gives power to the local government unit to regulate for the benefit of the majority of the people.

He said that with the proposed Ordinance, the profits derived from the fish would hopefully be reduced but still the seller gains.

But he said he does not exercise on the matter. Hence, he needs the help of others who are experts in classifying fish and other aquatic products.

Abapo explained that the task of crafting the Ordinance is no easy one since it largely depends on the recommendation of the TF Isda and inputs from stakeholders —- fishers, buyers, including other committees such as trade and industry.

This is likely to be tackled during the public hearing to be called by the committee as a matter of policy and procedure in legislation, Abapo said.

The enacting of an Ordinance is a permanent one rather than other measures that may be a “band-aid” solution to the perennial problem of high fish prices.

Bohol Fishery Officer and Bureau of Fisheries and Aquatic Resources Bohol Officer in Charge Candido Samijon said apart from the deep sea fish corrals or commonly called lambaklad that are funded by the local government units of Guindulman and Jagna and the not yet operationalized fish corral in Candijay, and the new lambaklad in Garcia Hernandez, BFAR Bohol is working on the realization of the requests for additional deep-sea corrals for LGU Valencia and LGU Duero, Philippine Information said.

Lambaklad, or a deep sea set net, is an eco-friendly passive fishing gear that uses nets and big, is some kind of an understatement.

A standard lambaklad is a fish corral but instead of bamboo pole stakes that keep it grounded, ropes fasten it to buoys and weights submerged deep down in 40-60 meters of seas to keep the nets upright and taut.