The Bohol Chronicle is one of the longest running community newspapers in the Philippines. It was established in 1954. Since then, the publication has been building its credibility as bastion of truth and Boholanos’ top source of information through hard-hitting news and exposes.

The Chronicle is a member of the Philippine Press Institute (PPI), a national organization of newspapers considered to be the oldest professional media organization in the country. The publication has received numerous awards and nominations from the organization throughout the years as it maintained an active membership with the PPI since its inception in 1964. In fact, the Chronicle’s founder, the late Zoilo Dejaresco, Jr., was PPI’s vice chairman in 1988 and chairman in 1989.

For over six decades, the Chronicle has been the constant and unwavering journalistic voice of Boholanos as it remains steadfast in its watchdog role by scrutinizing government affairs and transactions and in reporting everyday events with fairness and professionalism.

In April 2016, the Chronicle broadened its reach through boholchronicle.com.ph. In the following months, the website attained exponential growth in traffic by posting news daily and promoting these through the Bohol Chronicle Radio Corporation’s twin social media accounts, The Bohol Chronicle and dyRD Bohol Ang Kasaligan which have combined followers of over 300,000.

boholchronicle.com.ph reaches Boholanos not just in Bohol, but those outside the province. The website has a massive readership in Luzon, Visayas and Mindanao, particularly the cities of Cebu, Quezon, Makati, Bacolod, Manila, Davao, General Santos and Iloilo.

The website also brings Boholanos who have migrated or have sought employment as overseas Filipino workers closer to home. It has significant readership in the US, Canada, Saudi Arabia, UAE, Singapore, Hong Kong and Australia. 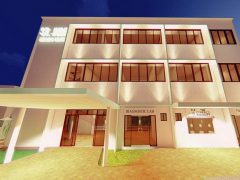 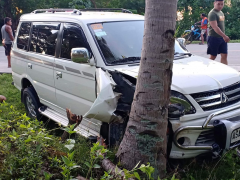 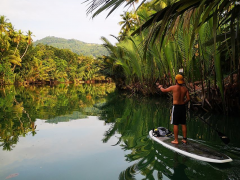