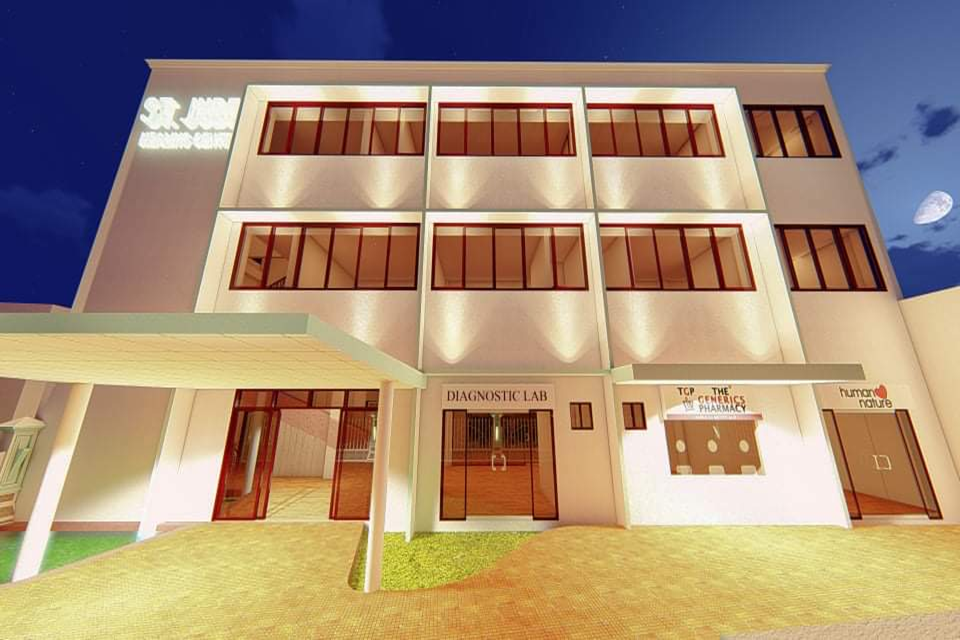 Bohol Saint Jude General Hospital (BSJGH) was a leap of faith that was taken by our parents, Drs. Domiciano and Amelia Mejia-Nazareno more than 60 years ago.

In 1960, fresh from their medical training in the United States, our parents established the Nazareno Clinic in Calape, Bohol.

But upon the urging of my father’s brother, Rev. Fr. Ranulfo Nazareno, the couple moved to Tagbilaran, which was not a city then.

In 1963, they put up the Bohol Polyclinic along Borja Street across the then-St. Joseph Academy and now-Holy Spirit School. After two years, they started construction on a three-storey hospital on Libertad Street, which is now the President Carlos P. Garcia Avenue. And on May 27,1966, the Bohol St. Jude General Hospital was inaugurated. (As a historical footnote, then President Ferdinand Marcos was invited as guest of honor to the inauguration, but he sent his regrets thru a telegram)

It was the forward-thinking of our parents that led to the establishment of the hospital in the same year that Tagbilaran became a chartered city on July 1,1966 under then-mayor Venancio Inting.

Since then, “St. Jude,” as the hospital came to be fondly called, has served the health needs of the people of Bohol. For more than half a century, St. Jude has saved countless lives, delivered babies, provided comfort to the sick and dying, and offered hope and healing to all Boholanos.

True to its patron, St. Jude Thaddeus, the  hospital has been the refuge and help of the desperate and impossible cases. “Dalangpananan sa mga nahimutang sa kalisdanan nga wala na’y kalauman,” as many of its patients have said.

The building, itself, is a testament to the soundness of its foundation.

It has withstood several disasters – like typhoon Nitang in 1984 and the magnitude 7.2 earthquake in 2013.

As to its classic design, our mother Dra. Amy used to say that an architect from Manila came all the way to Bohol to make the building plans. According to her, the man was affiliated with an architectural firm that built the Cultural Center of the Philippines (CCP) in Manila. However, it has yet to be confirmed if indeed the BSJGH building was designed by the National Artist for Architecture Leandro Locsin.

In its early years, the third floor of BSJGH used to be our family home. Together with our cousins, the children of Drs. Manuel and Remedios Nazareno-Relampagos, we lived and grew up there.

We can even remember that sometime in 1973, the cast of the Fernando Poe Jr. movie “Esteban”, which was then filming in Bohol, visited our third floor home, and viewed my mother’s antique collection. Actress Maritess Revilla was reported to have found a liking for one of my mother’s collection, and offered to buy it. But my mother said it was not for sale, and, instead, gave it to Miss Revilla as a gift.

As the years passed, we, the “third floor babies”, all became doctors of medicine. All nine of us, who are now specialists in our chosen fields, are proud products of St. Jude.

Along with numerous “alumni” doctors, nurses, staff of BSJGH, we, the doctors Nazareno and Relampagos, could all be considered as St. Jude miracle health workers.

In 2016, on the 50th charter day of Tagbilaran, the city awarded BSJGH as one of the 17 establishments which had lasted for over 50 years. Looking forward, when the city commemorates its Diamond jubilee in 2026, it is with audacious hope that BSJGH will also celebrate its healing legacy of 60 years and beyond. Pohonpohon. God willing.

Now, in this most trying of times, BSJGH continues to offer hope and renewal as signified by green, which is the color of our patron St. Jude’s garments.

Continuing its legacy of service to the Bol-anon community, the hospital will be converted into a healing center. Its mission-vision is “to heal the world one being at a time, in body, mind and spirit.”

The building will be conserved as a heritage site where it will house a museum/art gallery showcasing the rich culture and arts of Bohol. There will still be out-patient clinics focused on promoting preventive and holistic healing, as well as alternative forms of medicine.

Specialty clinics for neuropsychiatry, geriatrics, pulmo, rehab, obgyne, pedia, derma, aesthetic surgery and a dental clinic will be available. Ground floor plans include a drive thru pharmacy, convenience store, diagnostic lab, boutiques, al fresco cafe and a zen pavilion for special events that will bring the family closer together and enrich the body, mind and spirit.

Yes, Bohol St. Jude Healing Center will be our very own “salto de fe”, a miracle in the making. So help us God. (By Mary Therese Nazareno-Arreza M.D.,Edited by Rocky Nazareno)