That fateful day of heroes on Moalong River 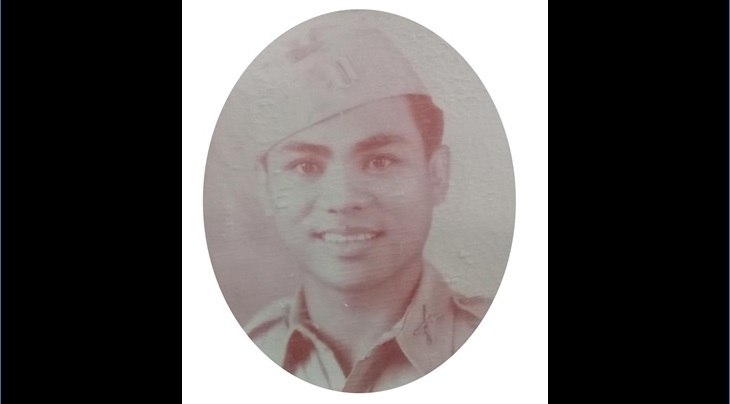 That fateful day of heroes on Moalong River

On Wednesday, September 27, by virtue of Municipal Ordinance No. 02-004, Series of 2002, the people of Loon will commemorate the diamond or 75th anniversary of the battle that showed to the whole world the gallantry and ingenuity of the Boholanos and how willing they are, as Christians and patriots, to die for country, loved ones and God.

September 11, 2001.  Terrorists on a suicide mission hijacked four passenger airlines and crashed into the World Trade Center in New York City. Another plane plowed into the Pentagon in Washington, DC while the fourth one crashed in Pittsburgh, Pennsylvania, miles off its probable target, the White House.

Two weeks later, on September 27, as the shocking effect of the fall of the Twin Towers was already felt throughout the world, the Municipality of Loon launched a day of prayer for world peace in time for the observance of the 59th anniversary of the Battle of Moalong.

The local government unit of Bohol’s westernmost town was the first to respond to the clarion call for universal peace. It affirmed this commitment by participating in the provincial peace congress that was held a few days later on October 6.

For Ret. Col. Vicente K. Nunag Jr., former executive officer of the 84th Infantry, the first-ever commemoration of the Moalong skirmish was a nostalgic journey into the past and a welcome recognition of the otherwise unknown war heroes some of whom were present that day.

Considered the “Lone Wolf of the Bohol Force”, Nunag never skipped the annual anniversary rites since 2001 until 2006, the year he died. He was the most trusted officer of Capt. Francisco Salazar during the Moalong encounter and in all battles fought by the guerrilla forces in Bohol.

“How honorable and glorious it is to fight and die for the sake of one’s country and loved ones,” Nunag quoted the book of Ferandos during the first commemorative rites.

Both he and Juan “Aning” Relampagos, war veteran, former mayor of Loon, and father of the current town executive, Mayor Elvi Peter L. Relampagos,  recounted the heroic exploits of the Boholano guerrillas, especially those of Salazar, reducing all to tears.

Nong Aning passed away a few months after that first commemoration of the historic event.

Who was Francisco Salazar?

In “The Bohol Guerrillas in Action“, Pio B. Ferandos, the author, who was also a former mayor of Loon and Cebu RTC judge, told of a well-built muscular man, about 30 years of age, barely 5 feet and 3 inches tall with light brown complexion, a little bow-legged, with prominent white of the eye, and with fine wavy hair, arriving in Bohol from Mindanao sometime in the later part of June, 1942.

Relampagos, at that time an officer of the United States Armed Forces in the Far East (Usaffe) who did not surrender to the Japanese, disguised as a trader and sailed with a group of Loonanon “volanteros” to as far as Macrohon, Leyte where in May 1942 he accidentally met Salazar.

Knowing that Relampagos’ trading vessel was Bohol-bound, he hopped in.  But before proceeding to Sitio Lawis in Catagbacan, Loon, the boat sailed first to Dinagat, Surigao to fish; to Dumaguete to sell the catch; and to the southern towns of Cebu, Baclayon and Tagbilaran to sell the sugar that they bought in Negros.

Serving as cook, wood chopper and drawer of water during the journey, Salazar endeared himself to Relampagos. It was only when he won the latter’s trust that he revealed he was also a Usaffe captain in hiding and that his real name was Vicente T. Cubero.

Salazar was born on September 28, 1911 in Barrio Carmen, Lanuza, Surigao to spouses Isidro Cubero from Loon and Antonia Tejol from Corella. He spent his boyhood in the adjoining barangays of Tultugan in Calape and Pondol in Loon.

After landing in Catagbacan, Salazar started his work as secret agent of the Usaffe to monitor the activities of the Japanese spies in Bohol.  He assumed different aliases as he went from town to town.

“Captain Salazar always treated me like a father to a son,” Nunag was quoted by Ferandos. “He taught me some military tactics and lectured on the true worth of a man who fights for his country.”

Before Salazar died in an encounter in Ubujan, Tagbilaran, he emphasized to the guerrillas the values of bravery, honestly, trustworthiness, self-restraint, goodness, love of fellowmen, respect for women, love of country, and love and fear of God.

Ferandos further wrote: “With a soft mellow voice, coupled with a very pleasant personality that commanded respect, Salazar easily won hundreds of followers, friends and supporters wherever he went.  From a handful of soldiers his organization grew bigger and bigger day by day. Within a remarkably short time he had more than 1,000 soldiers and volunteers under his command.”

Salazar was also described as an impressive disciplinarian.  Those who trained under him became real soldiers who fought like lions and died side by side with him. His constant motto was: “We come here not to eat and retreat, but to eat and fight.”  Ironically, in the Battle of Moalong, they did not have a chance to take a bite of their breakfast since the Japanese were already right under their noses in the early morning of that day.

In the guerrilla supply camp in Cantaongon, Loon, the local residents who flocked around the camp learned to love and admire the great leader.  In response, they turned over all forms of donation like food supplies, clothing, beddings, war paraphernalia, munitions, dynamites, beddings, bolos, office equipment, stationery, and others.

From October 1942 to January 1943, the camp was able to collect food supplies and clothing valued at P10,000, a huge amount at that time. Cantaongon, in fact, became the most dependable supply depot of the guerilla army in the entire province.

Salazar died during an encounter with Japanese forces in Ubujan, Tagbilaran on October 22, 1942.  His remains were buried in Tubigon and later transferred to the Loon cemetery.

Ferandos recalled that in the early morning of September 26, 1942 at the “Behind the Clouds” Camp in Maitom, Balilihan, Salazar called his officers to discuss the plans, tactics, and strategy for ambushing the Japanese soldiers the following day in Moalong, 60 kilometers away. He divided them into sections and assigned Lt. Brigido Serrano in the rifle section, Lt. Woodrow Sales in the shotgun and .22-caliber-rifle section, and Lt. Vicente K. Nunag Jr. in the pistol section.

The ambuscade was planned primarily to defend the towns of Calape, Tubigon, Clarin and Inabanga which the Japanese wanted much to burn.

After breakfast, the guerrillas began their memorable march to Loon via mountain trails. The whole force of about 80 were armed with 34 .30-caliber rifles, 10 shotguns, 18 pistols, and a lot of bolos.  Salazar led the march with Capt. Graciano Espinueva, Lts. Brigido Serrano, Nunag and Woodrow Sales, and Sgt. Sotero Arbilon.

A gloomy sky and later a heavy rain accompanied that historic march.

The soldiers passed through the mountain villages of Catigbian, Antequera, Calape and Loon before reaching Moalong at 6:40 in the morning of September 27.

Informed of their arrival, civilians led by Cecilio and Filoteo Soria butchered a cow and prepared a sumptuous meal for Salazar and his men. The latter inspected their chosen battle position on a rocky plateau overlooking the bridge and to make improvised defenses. He further ordered the riflemen to constitute the first line of defense, the pistol men to stay behind, and the bolo men to compose the third line of defense.

To block the passage of any motor vehicle, the guerrillas cut two tall coconut trees and placed them across the road a few meters from the bridge in the direction towards Calape.

But before the soldiers were about to take a bite of their bounteous breakfast, two passenger trucks sauntered down the road from the direction of Tagbilaran loaded with around 70 Japanese soldiers.  On top of the first bus were two Japanese each holding an automatic rifle and taking cover behind sandbags. On top of the second bus were three soldiers holding a low-mounted machine gun and a stoke mortar.

Upon Salazar’s command, the guerrilla soldiers immediately leaped to their respective positions. When the two buses were already past the bridge and just below the high cliff, Salazar shouted at the top of his voice: “Fire!”

Instantly, they let loose a volley of their grenades, dynamites, automatic rifles, shotguns and pistols. Nunag pulled the safety pin of his hand grenade and hurled it smack into the driver’s seat of the second bus, exploding and causing the said bus to turnturtle and fall into the sea.

The guerrillas had the vantage ground and before nine o’clock they were able to silence the machine gun of the enemy. The fight, though, continued unabated until about four o’clock.

Ferandos vividly described the action-packed heroics of the soldiers and guerrillas especially those of Salazar and Nunag, with the latter swimming across the river several times to finish off the Japanese who were hiding under the bridge and under some houses.

The Japanese imperial forces lost some 60 men, with their two buses completely demolished, 27 guns captured, and several thousands of munitions, steel helmets and others confiscated. Only around eight soldiers, mostly wounded, managed to escape towards the mangroves and reached the town church where they were treated.  The guerrillas lost Espinueva and Serrano and Pvt. Antonio Iyas.

Early the following day, the Japanese soldiers arrived in Moalong, gathered their dead and burned some 15 houses nearby. Salazar ordered the destruction of the bridge to prevent the Japanese from crossing over. He and his men then went up to Cantaongon to establish camp.

The fame of the Moalong encounter spread far and wide.  Even people of the neighboring provinces of Cebu and Leyte learned of this great victory led by the fearless officer.  As a result, volunteers and hundreds of soldiers who were then in hiding had themselves enlisted in the Cantaongon supply camp and command post. (Reigh P. Monreal)