Of lights and enlightenment 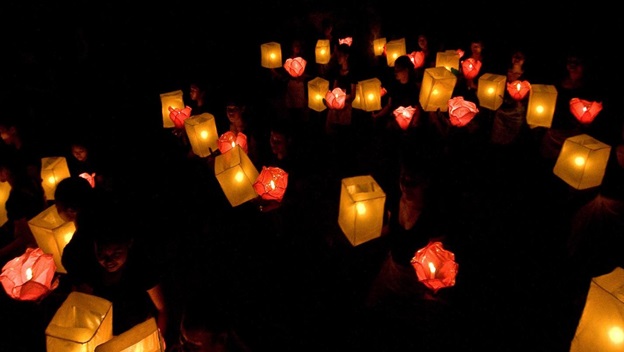 Of lights and enlightenment

When Governor Edgar M. Chatto graced the staging of SidlaKasilak, he said that Loon’s Festival of Lights is the brightest addition, so to speak, to the ever-growing tourist attractions of Bohol.

Appropriately, SidlaKasilak is a combination of the words “sidlak” which means to rise, just as the sun rises to break the darkness of night, or to rise from life’s adversities; and “kasilak”, which means light. Collectively, SidlaKasilak expresses the Loonanons’ resilience amid challenges, hardships and suffering, and their ability to shine with their talents, capability and creativity.

The festival’s inspiration is the town’s patroness, the Our Lady of Light or Birhen sa Kasilak, whose feast is celebrated every September 8 in grand fashion yet with much religiosity among Her devotees.

Established in 1753 by the Jesuits, and administered later by the Augustinian Recollects, the parish of the Birhen sa Kasilak constructed what was to become the biggest church in the province, and perhaps in the entire Visayas and Mindanao.

In the ensuing years, this church figured prominently in the annals of Loon’s history outside of its being the main venue for holy masses and other Catholic rites and activities. During the Filipino-American War in 1901, it served as garrison of American soldiers and, in the Second World War, as refuge of Japanese forces wounded during the Battle of Moalong.

Visited by ambassadors of the Holy See and relics of popular saints, the church, more appropriately called the Crowning Glory of Recollect Architecture in Bohol, suffered total damage in the aftermath of the October 15, 2013 earthquake. Within the first 36 seconds of the 52-second quake, this national historical landmark and national cultural treasure was turned into rubble and powdery dust.  But like the phoenix, however, the Catholic community of Loon will completely rise from these ruins, every good and godly way they can.

Fr. Ruel Ramon Tumangday best articulated this when he said that while the town celebrates light and all the good things and thoughts that it represents, the Loonanons also honor Mary, Mother of Christ, the Birhen sa Kasilak, who brought into this world the Greatest Light of All – – Jesus Christ who saves everyone from the agony of darkness in the abyss of sinfulness.  In the Lord’s words: “I am the light of the world and whoever follows me will not walk in darkness; but will have the light of life.”

Furthermore, he hopes that as the Kasilak devotees dance and glow in the dark in the hallowed grounds of the church’s ruins, may the people also ponder on the Lord’s words: “Let your light so shine before men that they may see your good works, and glorify your Father in heaven.” (Text by Reigh P. Monreal)