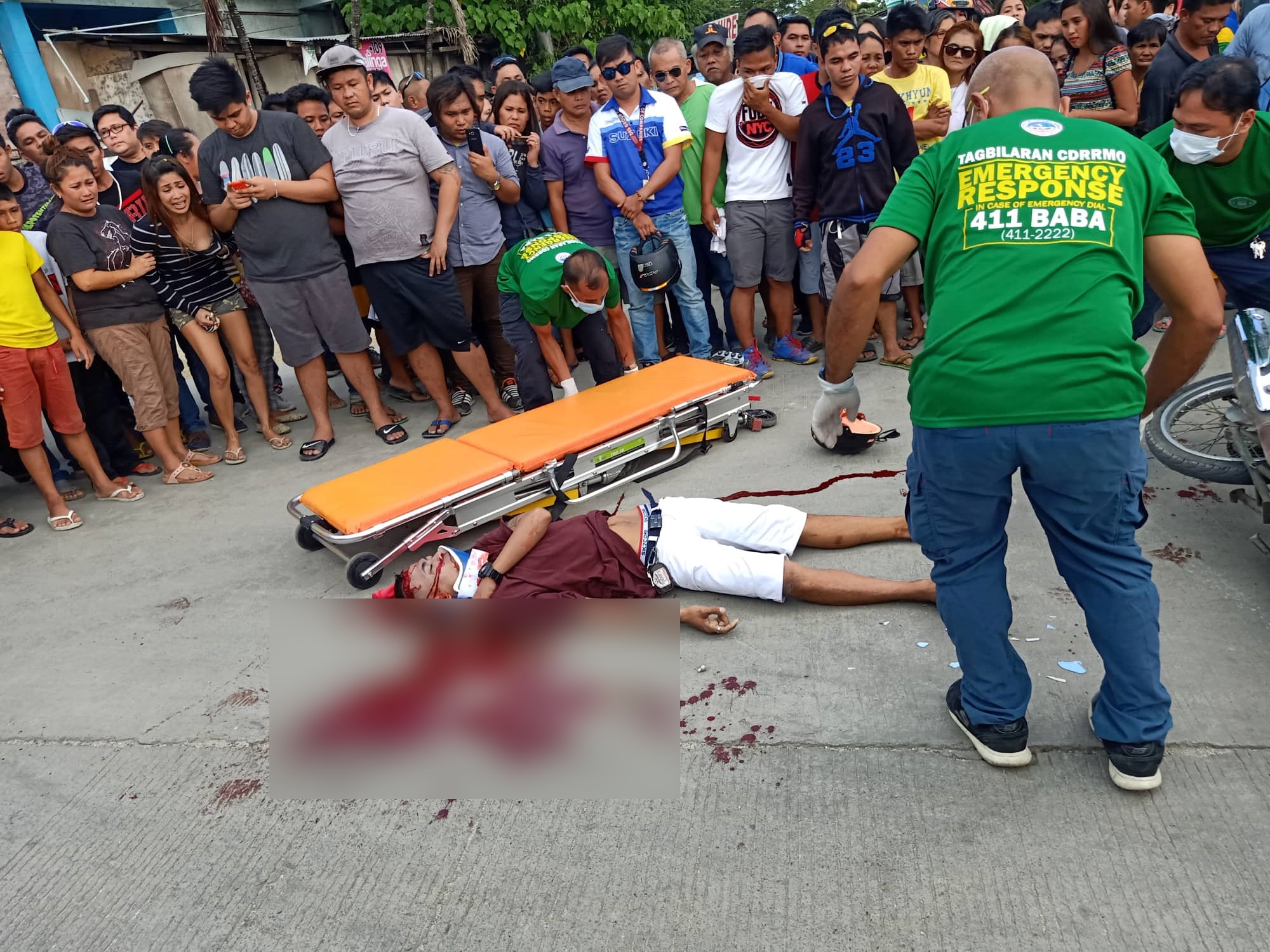 A man who was previously arrested for a drug charge was shot and killed in broad daylight and in front of several witnesses near the Land Transportation Office (LTO) in Tagbilaran City on Monday afternoon.

The victim Richard “Bagtok” de Leon, 20, sustained a single gunshot wound to the head during the gun attack at past 2 p.m. He was still rushed to the Governor Celestino Gallares Memorial Hospital but he later died of his injury.

He was declared dead at 3:15 p.m. by attending physician Doctor Marvin Gabo.

According to Staff Sgt. Rufel Mendoza of the Tagbilaran City Police Station, de Leon was driving a motorcycle with his girlfriend as passenger in front of the LTO office when motorcycle-riding men who rode in tandem  came from behind and shot the victim at point-blank range.

The suspects who were riding an XRM motorcycle immediately fled the area while de Leon’s motorcycle crashed.

Both suspects were wearing helmets which covered their faces, Mendoza said based on their initial probe.

Scene of the Crime Operatives meanwhile found a single spent shell fired from a .45 caliber pistol in the area.

Mendoza said that they are eyeing involvement in the drug trade as possible motive behind the fatal gun attack. (Weli Maestrado a with a report from Jun Gutierrez)

Twin brothers in Getafe, both previous drug offenders, were again arrested together for illegal drug violations on Monday morning. The…

Barangay tanod shot dead outside of son’s house in Talibon

A barangay tanod was gunned down outside of his son’s home in Talibon on Saturday night, police said. According to…