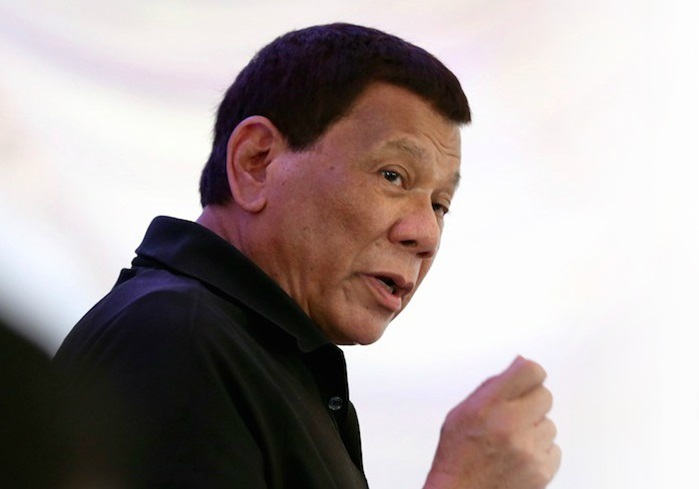 MANILA — Leyte Representative-elect Martin Romualdez on Thursday joined President Rodrigo Duterte in calling for more budget allocation for the Armed Forces of the Philippines (AFP) modernization plan and the improvement of welfare programs for the families of military personnel.

“The President has shown consistently his concern for our soldiers in the battlefront. It is time for legislators to complement this presidential concern by providing the budget needed to uplift the living condition of our troops,” Romualdez said.

“The 18th Congress should also consider as a top priority the allocation of more budget for military personnel who are leading the fight against terrorists and extremists,” he added.

Romualdez issued the statement a day after joining Duterte in his working visit to the Philippine Army’s 8th Infantry Division in Camp Gen. Vicente Lukban in Catbalogan City, Samar.

The Leyte lawmaker, an adopted honorary member of the Philippine Military Academy (PMA) Sambisig class of 1991, said he was asked by the President to visit the camp late Wednesday afternoon to award nine wounded soldiers for their gallantry in action and consult on soldiers’ concerns.

With them were Defense Secretary Delfin Lorenzana, Senator-elect Bong Go and Presidential Adviser for the Visayas Michael Dino.

During the visit, Romualdez said he saw first-hand the urgent need for Congress to do its part in supporting Duterte’s initiatives to assuage the plight of the country’s men and women in the battlefront.

President Duterte earlier announced that the government is committed to pouring in PHP500 million for the medical assistance of troops on the battlefield. He also assured that immediate families of the wounded soldiers would also be taken cared off.

“For one, I would seek a meeting with top military officials to consult them on the legislative measures that need to be prioritized so that government can address the concerns of soldiers and their families,” Romualdez said.

Besides measures providing for the welfare of uniformed personnel and their families, Romualdez said the 18th Congress should also include provisions to fast-track the second phase of the AFP modernization plan which covers the period 2018 to 2022.

Under the first phase of the AFP modernization plan, which covered the years 2013 to 2017, at least PHP85 billion was allocated for the acquisition of assets including combat utility and attack helicopters, frigates, armored vehicles, rifles, and cargo and transport aircraft.

For the second phase, he said an amount of PHP125 billion should be earmarked for the acquisition of more equipment for external defense missions, including helicopters, fighter aircraft, multi-role fighters, and missile and radar systems.

“We need to ensure that the AFP modernization program is on-track so that government troops would continue to serve the nation and protect the country from all threats,” Romualdez said.

Meanwhile, Romualdez said the working visits with the President have given him the opportunity to see first-hand the urgent problems that need to be addressed by the incoming Congress.

Last week, Romualdez, one of the frontrunners in the Speakership race, was also asked to join the President’s surprise visit to the Ninoy Aquino International Airport where the Chief Executive issued directives to ease congestion at the country’s premier airport.

Romualdez appealed for multi-partisan congressional support in securing additional funding for the rehabilitation and upgrade of all vital airports in the country.

“I thank the President for the opportunity to see up close the problems that need an immediate solution. Working with him in seeking a solution to the country’s problems is a great working experience. For that, I will be eternally grateful,” Romualdez said.

Two House members said the inclusion of Romualdez in President Duterte’s recent working visit at a military camp showed once again that the Chief Executive and the lawmaker have an “excellent working relationship.”

House Majority Leader and Capiz Rep. Fredenil Castro said the camp visit was “impressive,” as it is indicative of Romualdez’s concern for the military personnel who are out in the field offering their lives against Internal and external threats.

“It also suggests that President Duterte is now, even before Martin’s election as speaker, collaborates in addressing the needs of our country. This also shows that they could work and be complimentary at each other,” Castro said in a statement.

“It is a good sign of the Executive and Legislative incoming working relations,” he added.

Meanwhile, Anakalusugan party-list Rep.-elect Mike Defensor said the visit conducted by the President with Romualdez highlights how national leaders should act as statesmen in line with the needs of the people, especially the military.

“We need a working Speaker who has a depth of leadership to complement the sterling leadership of President Duterte. We need a Speaker who is knowledgeable in national security, foreign relations, and the economy, among others, who can keep pace with the knowledge and experience of PRRD,” he said.

“We need a Speaker who knows the plight of the poor, the students, the elders, the needy in order to craft measures to assist and support, similar to the Universal Health Care Law which was advocated by the President and passed by Congress,” Defensor added. (PNA)