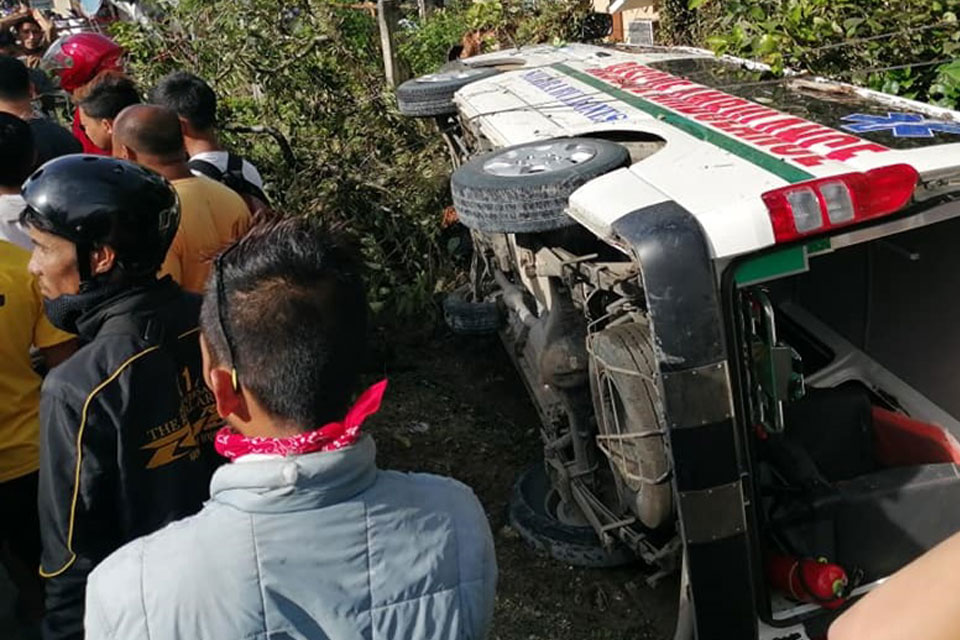 An ambulance carrying a patient who was being rushed to a government hospital in Tagbilaran City and his family crashed in Batuan town injuring all of the passengers and the emergency vehicle’s driver on Thursday afternoon.

According to Chief Master Sgt. Eulogio Casilac, Jr. of the Batuan Police Station, the ambulance’s right tire at the rear exploded causing the driver, Jerry Edusma, 46, to lose control of the vehicle along a national highway in Barangay Poblacion Norte, Batuan.

The ambulance, owned by the Sierra Bullones local government, was transporting a patient from the said town to the Governor Celestino Gallares Memorial Hospital (GCGMH) in Tagbilaran City.

They were rescued by personnel of the TaRSIER 117 and were rushed to the Congressman Toribio Memorial Hospital in Carmen.

Julieto who was suffering from severe stomachache was supposedly being taken to the GCGMH for emergency medical attention during the accident.

Other than those onboard the ambulance, no one else was injured.

Casilac said based on Edusman’s statement that the rear tires may have already been worn out causing the accident.