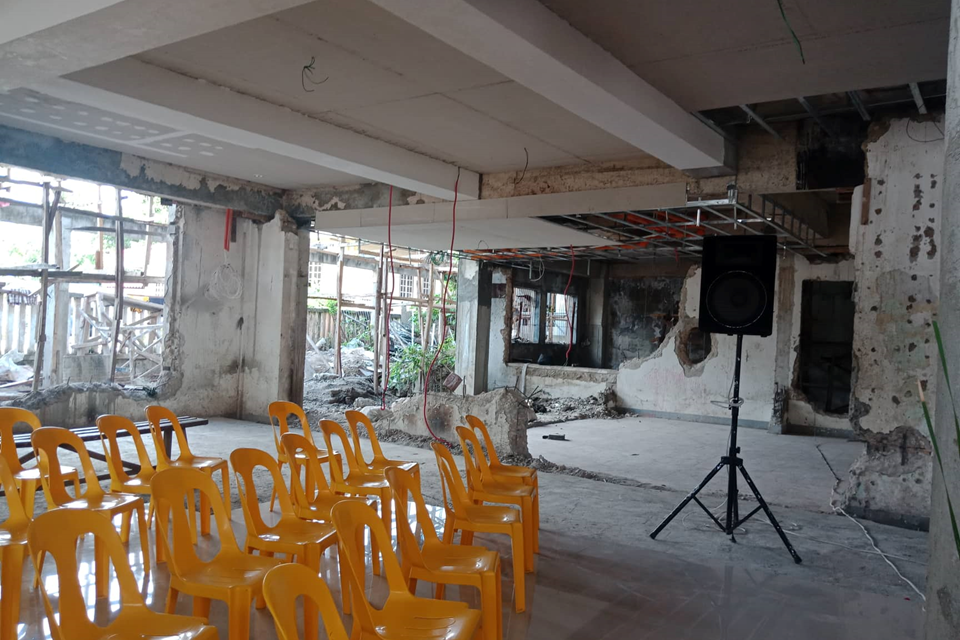 The incoming mayor of Loay and several newly elected and incumbent officials snubbed the so-called turnover and inauguration of the town’s still under-construction municipal hall, which drew the ire of a councilor who called the event a “sham” and a “family affair.”

Bullecer along with the incoming Loay administration led by Mayor-elect Hilario Ayuban and Vice Mayor-elect Jan-Jan Cubarol skipped the Wednesday event which was organized by the current leadership under outgoing Mayor Rochelle Imboy and her mother, former mayor May Imboy.

May and Rochelle lost to Ayuban and Cubarol, respectively, in the May elections.

The event’s program indicated that a turnover of a symbolic key from the contractors, Aloha Builders and Roadhill Construction, to Rochelle, other officials and stakeholders was to be held. However, there was no actual turnover ceremony.

May admitted that the twin structures, which were divided into Phases 1 and 2, were still unfinished. Phase 1 is the original municipal hall, an over century-old structure damaged by the 2013 Bohol Earthquake, while Phase 2 is an extension building.

Several offices including those of the engineering, accounting, treasurer and Municipal Planning and Development Council of the town started to operate out of the Phase 2 building in mid-May.

She also explained that the turnover meant that the new municipal complex will be turned over to the incoming administration.

However, Bullecer lamented that the event was a “family affair,” noting that May, who is not an incumbent official and was mayor only until 2016, played a large role in the ceremonies while Ayuban was not included in the program. At noon on Sunday, the town of Loay will no longer have a sitting Imboy at any post for the first time in 12 years.

May was the mayor of Loay for three consecutive terms from 2007 to 2016. She was replaced by Rochelle who ran and won as mayor in 2016.

May and Rochelle ran for mayor and vice mayor, respectively, in the 2019 polls and lost to  Ayuban and Cubarol.