Boom Boom: hanging up the gloves, picking up a rifle 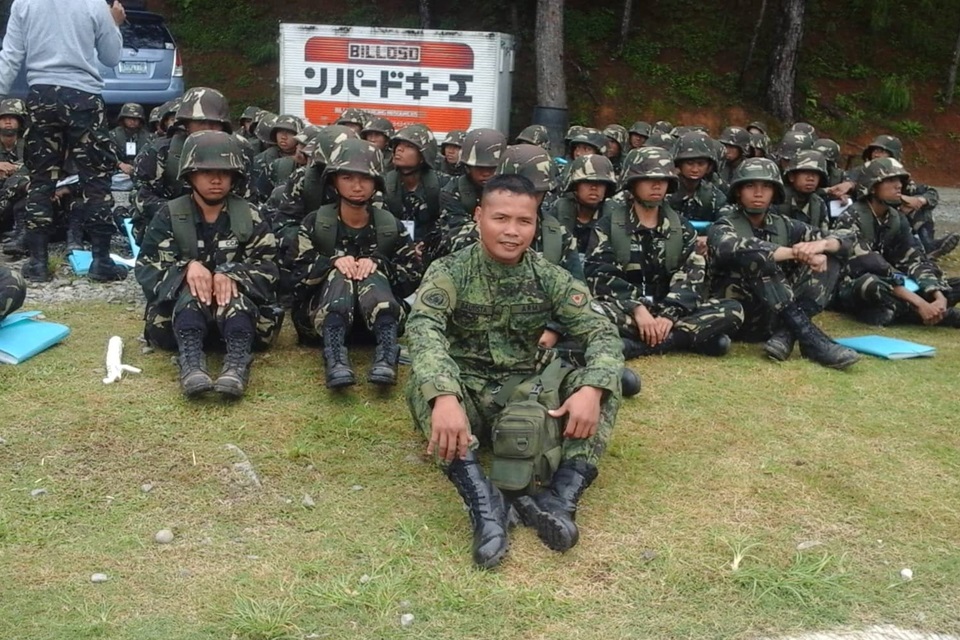 Boom Boom: hanging up the gloves, picking up a rifle

Bohol’s very own Rey “Boom Boom” Bautista of Candijay was once touted as the next big superstar in Philippine boxing after Manny Pacquiao. Like the fighting senator, he was exciting. He fascinated crowds as he pummeled his way to victory against formidable opponents. But after retiring at the young age of 28, Bautista’s greatest triumph would be in his life outside the ring.

He did what many pugilists fail to do—quit, even while riches and fame through boxing still appear to be within reach. He chose “security and stability” over an uncertain future in the brutal sport.

Bautista, now a Philippine Army private first class, said he has found both stability and security with the Armed Forces of the Philippines (AFP), particularly at the Philippine Military Academy (PMA) in Fort Gergorio Del Pilar in Baguio City where he whips the country’s future military leaders into shape as a trainer.

Bautista, now 33, has been with the Army since 2015 and is up for a promotion to corporal. He intends to make a career out of the military. But for now, he sticks to what he does best—boxing and getting in tiptop shape.

He wakes up daily at 3 a.m. to prepare himself before he leads drills and fitness activities for cadets at 4 a.m. He does office work for the rest of the morning and goes back to training at 3 p.m. He also holds boxing training for cadets and AFP officials.

Bautista is so proud of his career shift that he wishes for his seven-year-old son to be in the military in the future as well. But unlike him, his son will get into the AFP as a cadet through the PMA, he said.

He wants his son to be “more” than him as he shunned boxing as means of living for his children.

Bautista, with a fight record of 36 wins, 25 via knockout, and three losses, was among the brightest prospects in Philippine boxing.

He appeared to have been on his way to international stardom after he showed glimpses of a superstar when he easily beat Sergio Medina of Argentina during an undercard match of Mayweather-Dela Hoya, one of the most lucrative fight cards in boxing history, in 2007. Bautista was then undefeated with 23 wins at the age of 20.

That victory however was the pinnacle of his career. It was all downhill from there as he suffered a first round knockout loss to Daniel Ponce de Leon in 2008 and sustained multiple injuries in the remaining years of his career.

He would never be his old self again.

Bautista last fought in 2014 winning against Mexican Juan Jose Martinez in Dubai, but it was deemed a pyrrhic victory. He suffered deep cuts and was advised by those close to him to retire. He obliged, leaving the sport with an anticlimactic exit.

He would never become the champion some thought he would be at the onset of his promising boxing career but he has broken the cycle of struggling pugilists who live rags-to-riches stories which have riches-to-rags endings due to failure in planning for life outside the ring.

Bautista precluded himself from having to fight for scraps while putting his body and life on the line which has been the usual case for boxers who have gone past their prime. He knows it and he has moved on, certain that he made the right choice.