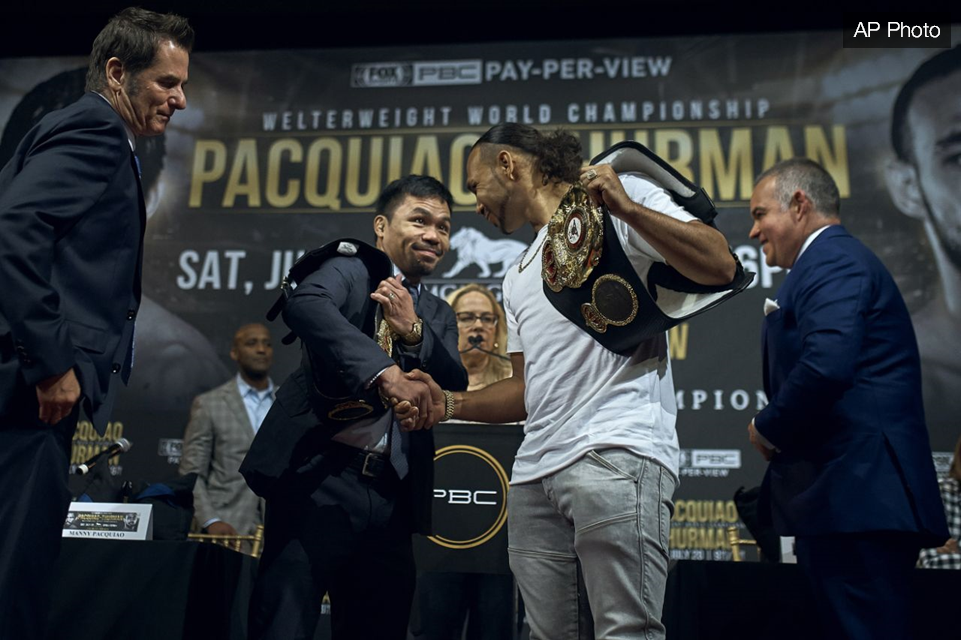 Presidential Spokesperson Salvador Panelo said although he was aware that the younger and taller Thurman is a good boxer, Pacquiao is just as good.

“We wish him the best of luck in the world,” Panelo said in a Palace briefing.

“I have seen some of the fights of Thurman, mukhang magaling din eh; bata pa, magaling… Pero iyong ating boxer eh magaling din eh (he seems to be a good fighter; he’s still young, he’s good…But our boxer is also good),” he added.

Thurman, who has been world champion since 2013, holds a perfect 29-0 record with 22 knockouts.

Pacquiao, who is 10 years older than the 30-year-old Thurman, holds the distinction of the only boxer who won 12 major world titles in eight different weight divisions He has 61 wins, including 39 via knockouts, and seven defeats and two draws.

The Pacquiao-Thurman boxing match will be held at the MGM Grand Garden Arena in Las Vegas, Nevada. (PNA)