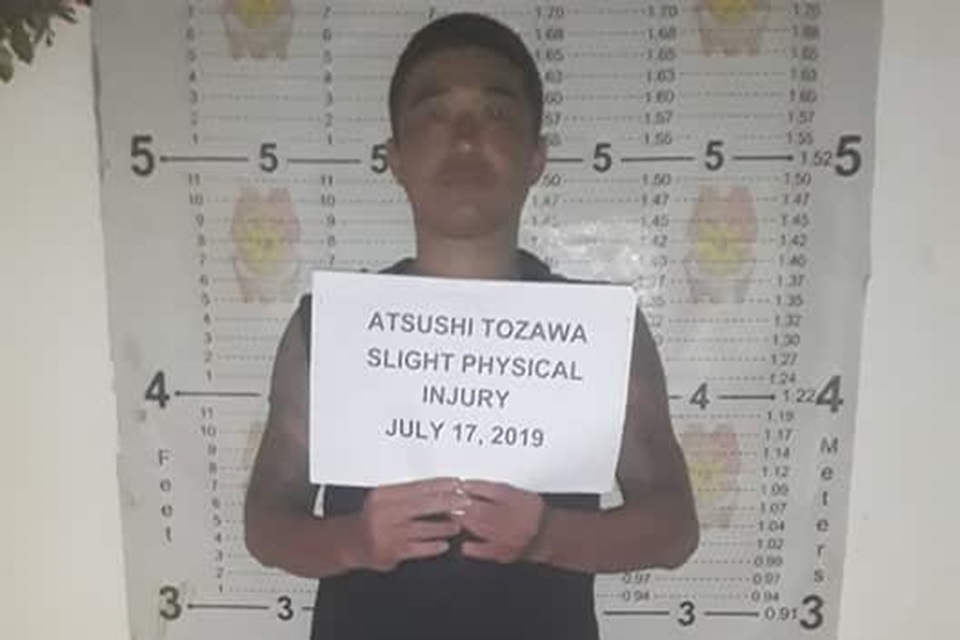 Police on Tuesday night arrested a Japanese national after he allegedly beat up a female massage therapist with a curtain rod inside his apartment in Panglao.

Patrolman Gerard Rollon of the Panglao Police Station said on Thursday that the suspect, identified as Atsushi Tozawa, 41, a temporary resident of Stanley Apartment in Barangay Doljo, remained under their custody and set to post bail on Friday.

He has been charged with slight physical injuries.

According to Rollon, Tozawa beat victim Rose Ann Jolina, 29, of Loon town inside his apartment in Barangay Doljo, Panglao. She sustained bruises in her face and neck and a cut on her head.

Jolina was able to flee from Tozawa’s room after the apartment landlord’s nephew heard her screaming and helped her.

Jolina told authorities that she and Tozawa were “friends” and that he accused her of stealing his belongings. She did not specify what items were lost.

Tozawa meanwhile refused to give a statement as he noted that he will “explain in court.” (A. Doydora)