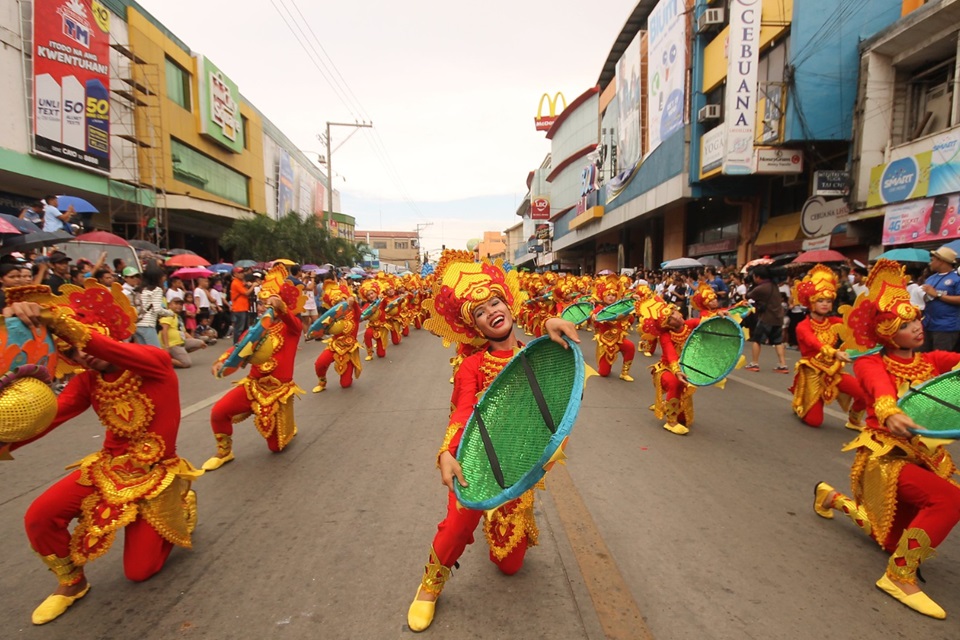 The Bisayan word Kiwág is a special kind of awkwardness.  The exact Bisayan equivalent for awkward is bakikaw.  Kiwág is to be awkward for having something that does not fit or is out of place.

July 22 is declared by law as “Bohol Day”.  It is a special non-working holiday in the Province of Bohol.

According to the records at the National Archives as contained in the Ereccion de Pueblos (Erection of Towns), Bohol was decreed as a Politicco-Military Province on March 3, 1854. The date July 22, 1854 was the day when the decree arrived back in the Philippines after it was approved by the Queen of Spain.  So the day July 22 does not fit.

However there are people who will celebrate his birthday in another particular date because he happens to like the date or it is convenient.

In 1989, during the incumbency of Governor ConstancioTorralba, he selected the week culminating on July 22 as the Sandugo Festival.  The intention was to create a festival for tourism purposes.

The date July 22 does not fit.  Again, nobody can prevent you from creating a festival on any particular date and call it “Sandugo Festival”.

During the first celebration of the Sandugo Festival in 1989, it was decided that a so-called “Street Dancing” will be held.  The Boholanos were excited and enthusiastic that many contingents participated.  There were more than 30 participants.

In succeeding years it was observed that the celebration was kiwág or awkward.  The different contingents will spend huge amount of money but the group who will profit were the hotels, restaurants, transportation groups, and other groups related to tourism.  The participating contingents received nothing as a return for their investment for the street dancing.  Even if you are the winner, the prize is too small compared to the expenses.  It was unfair to the participating contingents in street dancing that the participants dwindled down.

In order to solve the problem, a Sandugo Foundation was created to be in charge of the funding.  Until the present, the problem is not yet solved and the number of contingents who signified to participate is now down to eight (8).

The Santo Niño Festival in Cebu City is a religious event.  The Sandugo Festival is for tourism purposes.  What was emphasized was the Sandugo or Blood Compact between Chief Sikatuna and Gen. Legazpi.

A few years ago it was decided to have a different tack.  Since the street dancing was for tourism purposes, it was decided that the native dance known as kuradang will be the dance to be used.  For three (3) years no other contingent could beat Napô, Loon, Bohol.

Now it is decided that the eight (8) participating contingents will be assigned a particular phase of Boholano history.  The question is will there be a variation of dances?  It will be difficult to use only the kuradang for the different phases of Boholano history.

I have a collection of twenty-four (24) names of Boholano dances.  Some of them can be used for “mass dancing”.

The general term of dance is sáyaw.  If you dance with a partner, it is called sábay.  The term of folk dance is biya-i.  To biyàis to leave.  The biya-i portrays the leave taking of a Boholano who will travel to faraway places.

A good dance for mass participation is the binuáya.  It is similar to the “dragon dance” of the Chinese.

Another good dance for mass dancing is the sibáy or siklát.  It is similar to the “barn dance” of the Americans.

A good dance for exhibition purposes is the talók.  It is a dance performed over the mouth of jars.  The tihintíhin is to dance in tip-toe similar to ballet dancing.

To dance wildly is called wúswos, to jig is sáot, and to dance round-and-round is tióg.

A contingent can combine the many dances to enliven their performance.