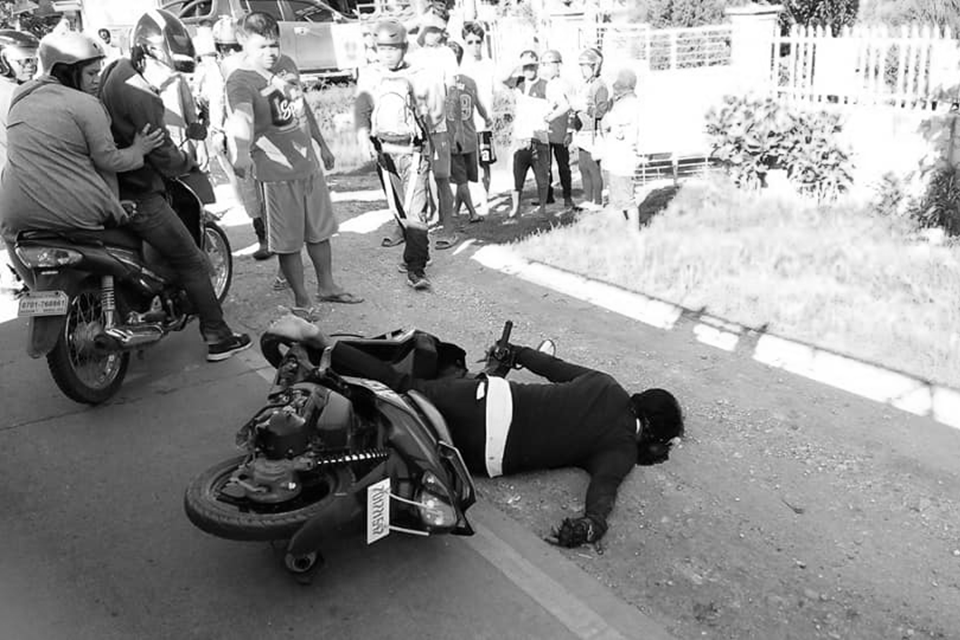 The Cortes police has tagged a businessman as the mastermind behind the fatal shooting of Ramil Ceballos, a Tagbilaran City car dealership worker, who was killed in broad daylight in Cortes town last month.

Cortes police chief Captain Roy Susvilla identified the suspect as Carlito Amoguez, 58, a Davao native who owns Gwendan Farm and Construction Supply and who reportedly operates a quarry in Corella.

According to Susvilla, seven witnesses including the barangay captain in the village of Canapnapan in Corella where the victim lived have provided testimonies pinpointing Amoguez as the prime suspect.

Murder charges were filed against Amoguez, one Warren Ragas and a John Doe, who was allegedly the shooter, on Friday last week.

Susvilla said that the murder was a “crime of passion,” noting that Amoguez, Ceballos, and a woman who he did not identify were caught in a “love triangle.” The woman left Amoguez, a married man, for Ceballos earlier this year.

Meanwhile, Ragas was identified as the owner of the motorcycle used by the gunman during the fatal gun attack on June 13.

Ceballos, while on his way to work in Tagbilaran City, was shot dead as he was driving his motorcycle by a lone gunman who was also on board a motorcycle in Cortes in the morning of June 13. Prior to the fatal attack, there was a failed attempt on Ceballos’ life in Barangay Canapnapan.

He was ambushed on May 17 right after taking his girlfriend to her house in the same village. He was left unscathed as the gunman who was armed with a shotgun missed. (A. Doydora)