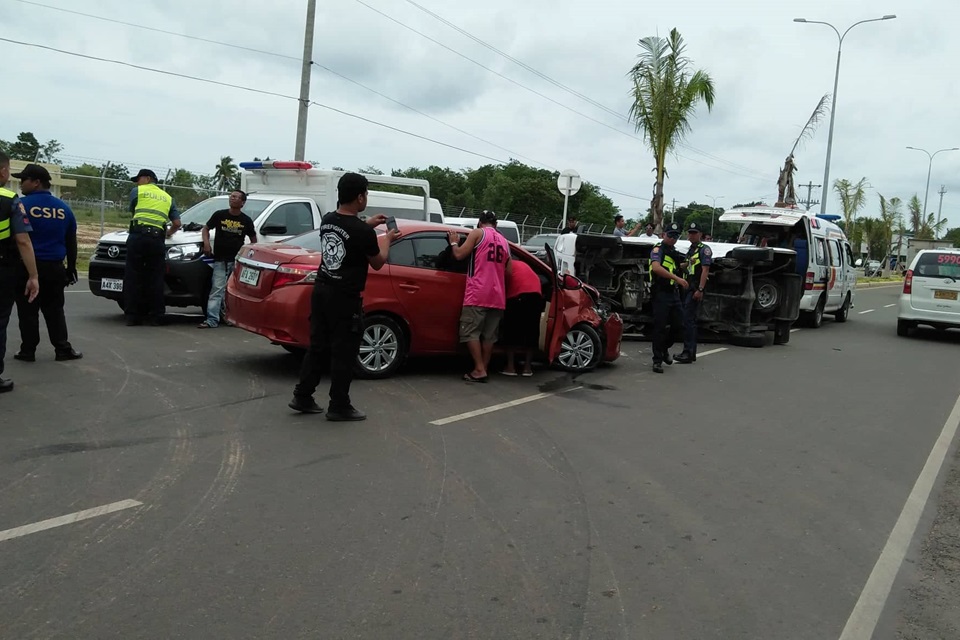 A woman landed in the hospital after a sedan slammed straight into the rear end of a multicab along the Panglao Airport Road, some 300 meters away from the Bohol Panglao International Airport in Panglao town on Saturday noon.

The multicab, which was rear-ended by a Toyota Vios, flipped on its side but the driver Bogart Paguro, 28, who was alone in the vehicle was uninjured, said Master Sgt. Manuel Rabanal of the Panglao Police Station.

The sedan’s driver, Lloyd Jun Dunus, 32, was also not hurt but his passenger Jessica Milca, 49, suffered a head injury as her head slammed into the car’s windshield, which cracked.

Milca was rushed by the Panglao municipal ambulance to the Governor Celestino Gallares Memorial Hospital in Tagbilaran City.

According to Rabanal, Paguro was about to make a U-turn when Dunus which appeared to have been speeding slammed into the former’s multicab. Both vehicles were on the same lane.

Dunus alleged that Paguro did not turn on his signal light. This was denied by Paguro as he claimed that his left indicator light was flashing.

Both vehicles were immediately towed from the area as it caused traffic at the Panglao Airport Road, but none were placed under police custody as these were heavily damaged.

Police confiscated both drivers’ licenses pending the settlement of their case.