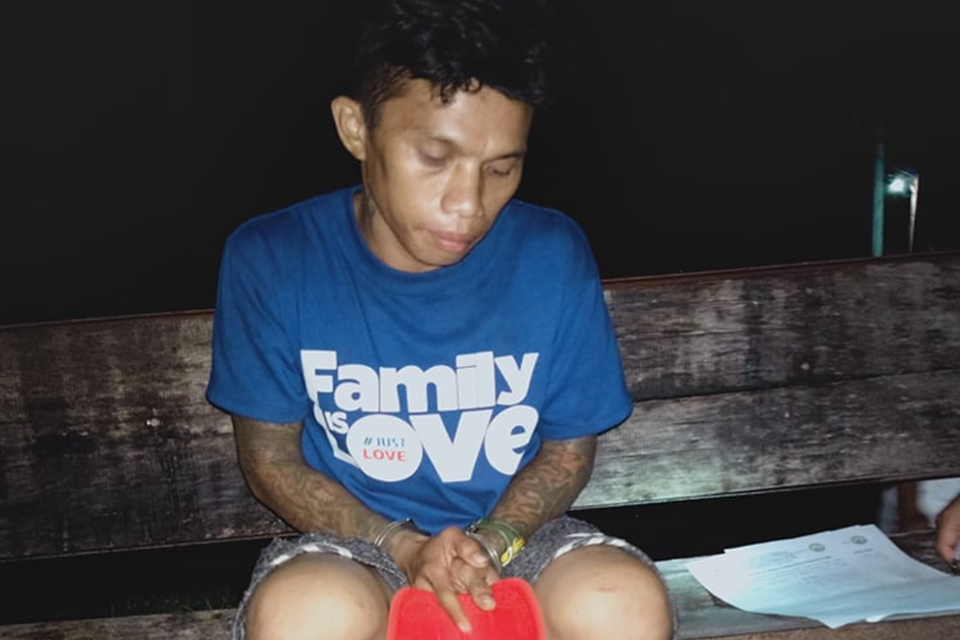 A 28-year-old man facing a robbery with homicide charge was arrested by intelligence officers of the Clarin Police Station in an anti-drug operation in Clarin town on Saturday.

Renante Paunillan, a native of Dalaguete, Cebu province, was allegedly caught in possession of shabu worth P20,400 during a buy-bust operation in Barangay Candajec in Clarin, police said.

According to Clarin Police chief Captain Gregorio Bubole, they confirmed with the Dalaguete Police Station that Paunillian was charged with robbery with homicide earlier this year.

Paunillan was accused of stabbing dead a lending firm collector who he robbed in Dalaguete, Bubole said.

Authorities believed that Paunillan fled to Bohol after being implicated in the crime, noting that none of the residents in Candajec where he was temporarily residing knew him.

In a report, police said that Paunillan was arrested in Candajec on Saturday night after police spotted him as he was selling shabu in the village.

Police then carried out the buy-bust operation wherein Paunillan allegedly sold shabu worth P500 to a poseur-buyer.

Bubole said that Paunillan admitted to owning the drugs seized from him, claiming that he started to sell shabu to sustain his relocation in Clarin town.

Paunillan is now under the custody of the Clarin Police Station pending the filing of drug charges against him.

He is also expected to be transferred to Dalaguete to face the robbery with homicide case file against him.

Police noted that Paunillan was also charged with murder before but was acquitted. (W. Maestrado)