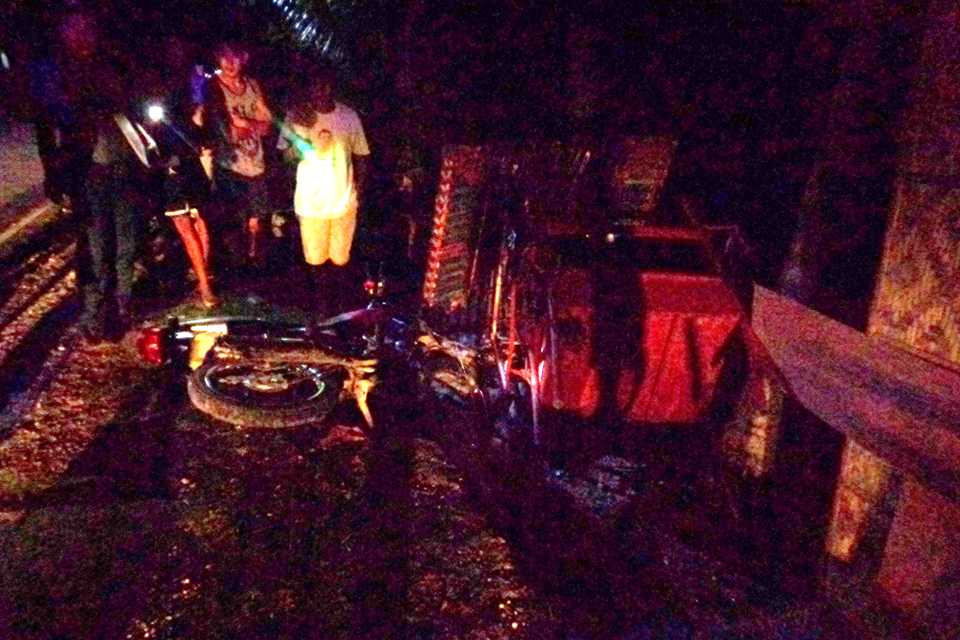 A 17-year-old boy who was driving a motorcycle was killed after he accidentally grazed a pedestrian along a national highway and rammed a concrete road barrier in Garcia Hernandez on Friday night.

The boy, a senior high school student of the Saint John the Baptist Academy in Garcia Hernandez was still rushed to the Teodoro Galagar District Hospital in Jagna but later succumbed to his injuries, said Corporal Walled Sagusay of the Garcia Hernandez Police Station.

According to Sagusay, the victim lost control of the vehicle along the national highway in Barangay East Ulbohan after he hit the pedestrian, identified as Edwin Galve 49, of Barangay. Kagwang in Garcia Hernandez, who was walking at the side of the road.

Meanwhile, Galve only suffered minor injuries and was no longer taken to a hospital.

According to Sagusay, the victim may have been travelling at high speed causing his fatal injuries upon impact.

Sagusay said that the victim was wearing a full-face helmet during the incident.