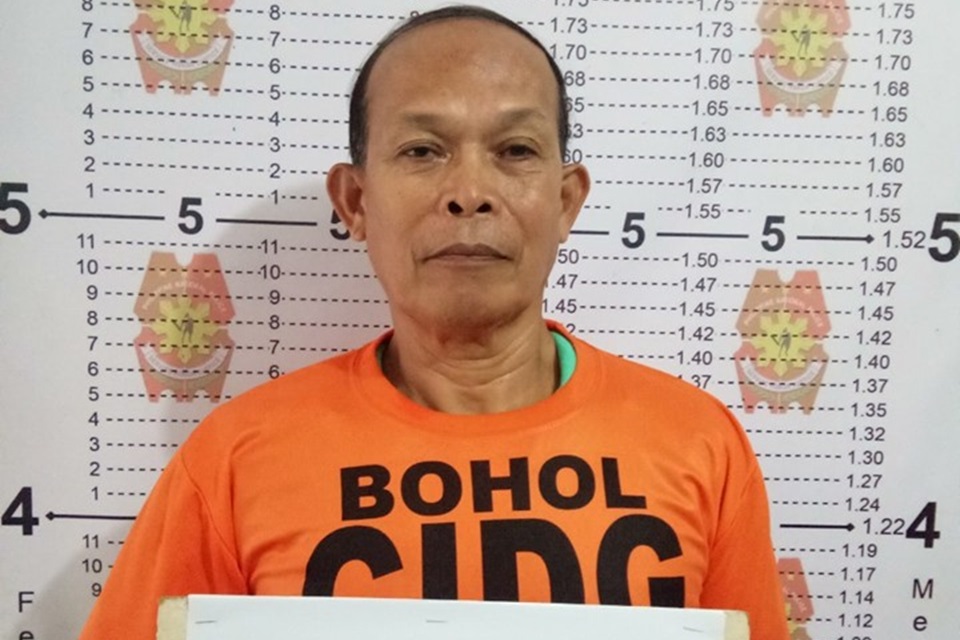 A retired policeman who was also a barangay councilor in Guindulman was arrested by operatives of the Criminal Investigation and Detection Group (CIDG) in a dawn raid at his residence which allegedly yielded several loose firearms.

The CIDG operatives on Tuesday searched the home of Jose Felicia, 63, a retired police lieutenant and a former village councilor in Barangay Canhaway, Guindulman bearing a warrant issued by Judge Rufo U. Naragas of the Regional Trial Court Branch 50 in Loay.

According to CIDG Bohol chief Captain Patrick Ramillano, the operation against Felicia was set in motion after they received reports from concerned citizens on his alleged possession of loose firearms.

In its report, the CIDG said that they seized four .38 caliber revolvers, one .45 caliber pistol and assorted ammunition.

The CIDG conducted the operation in coordination with the Maritime Police, Provincial Intelligence Branch and Guindulman Police Station.

He will be facing charges for violations against  Republic Act 10591, otherwise known as the Comprehensive Firearms and Ammunition Regulations Act. (R. Tutas)