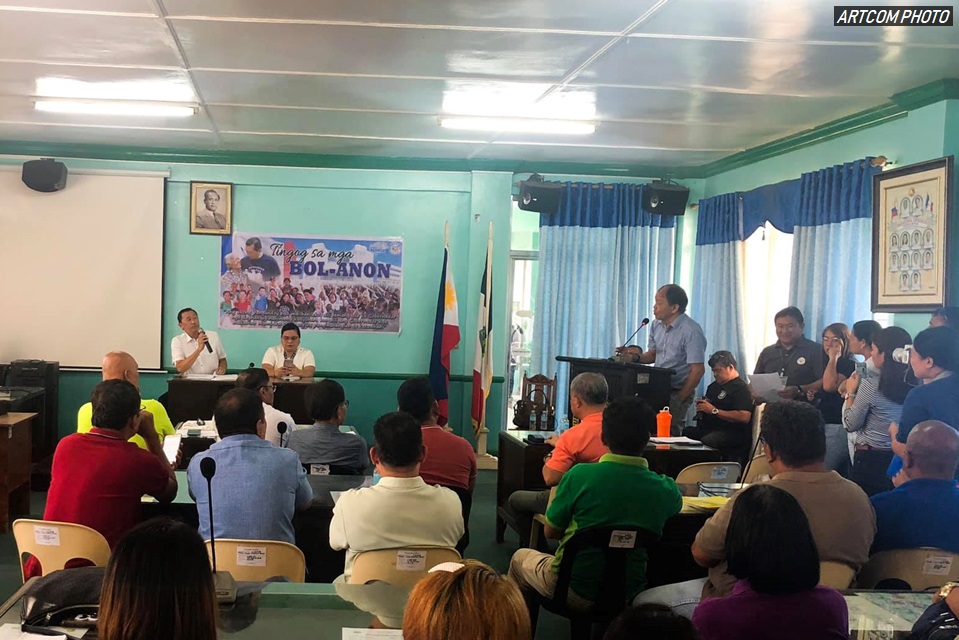 The provincial government is moving to hasten the activation of anti-dengue task force groups across the 1,109 barangays in Bohol amid the dengue scourge which has sent at least 2,300 people to hospitals since January.

According to Dr. Yul Lopez, the Capitol’s health cluster head, they are imposing a standing memorandum which directs barangays to create anti-dengue units dubbed ABKD or Aksyon Barangay Kontra Dengue. The memo was earlier signed by the provincial government under former governor Edgar Chatto and the Department of Interior and Local Government.

The anti-dengue task force is led by the barangay captain and comprised of barangay health workers and tanods, chairman of the Sangguniang Barangay’s health committee and Sangguniang Kabataan chairman.

Units of the ABKD may also enlist the aid of volunteers from the private sector.

Lopez clarified that the initiative was not thoroughly implemented after its inception in June under the then-outgoing Chatto administration due to the impending change in leadership in local government units across the province.

Another memorandum will be drafted and signed to expedite the creation of ABKD units.

The first memo directs the task force to conduct weekly surveillance of all households in the barangay if they have been employing the Department of Health’s 4S strategy against the dreaded disease which involves searching and destroying mosquito breeding places; securing self-protection; seeking early consultation; and supporting misting in hotspot places.

ABKD units are also directed to conduct information campaigns on the proper identification and destruction of possible breeding grounds for dengue-carrying mosquitoes.

According to Lopez, households found not employing the 4S strategy will be listed. Villages which have barangay ordinances on maintaining cleanliness may impose penalties to violators based on their approved measures.

Lopez deemed the number of dengue cases in the province as alarming, noting 2,303 cases of the dreaded mosquito-borne disease have been recorded from January 1 to August 5. With just 409 cases recorded in the same period last year, the increase marked a whopping 463-percent upsurge.

On Tuesday, the DOH declared a national dengue epidemic citing that the country is facing a “staggering” rate of infection at 5,100 cases per week.