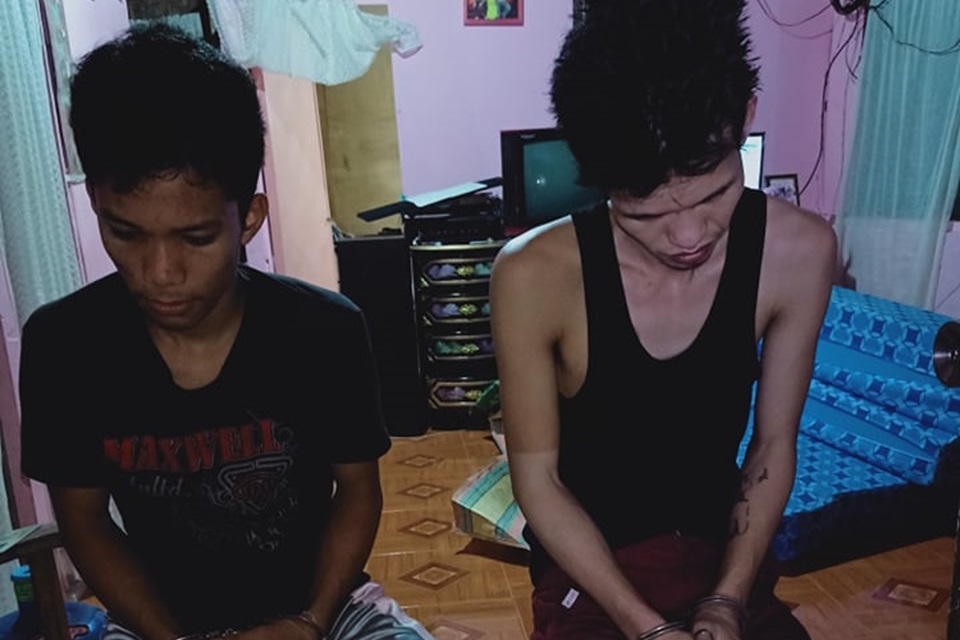 Two cousins landed in a police detention cell on Monday night after they were allegedly caught selling shabu in Barangay Tiptip, Tagbilaran City.

Cyrus Orevillo, 25, and Arvie Sagarino, 20, of the said village were collared after they sold shabu worth P500 to an undercover cop, police said.

Operatives of the Tagbilaran City Police Station’s intelligence section arrested both men who were allegedly caught in possession of 17 packets of shabu.

The seized drugs were estimated to be worth P47,600 based on the value set by the Dangerous Drugs Board.

The cousins are now held at the detention facility of the Tagbilaran City Police Station pending the filing of charges against them.

They will be facing charges for violating Section 5 and Section 11 of Republic Act 9165 otherwise known as the Dangerous Drugs Act of 2002. (WM)