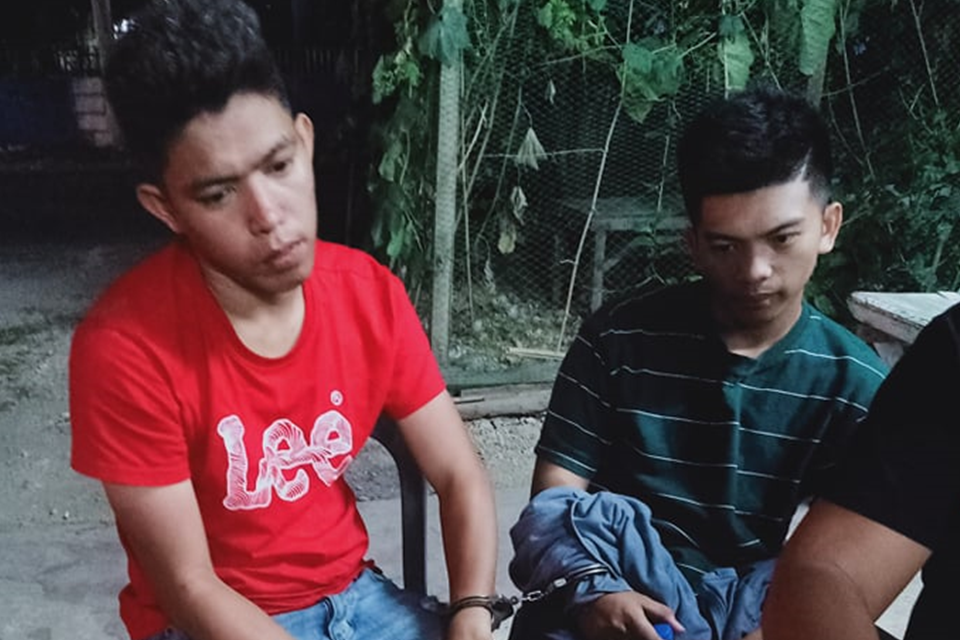 A 19-year-old college student who has been tagged as one of the main links between drug-dealing detainees at the Bohol District Jail (BDJ) and street dealers was arrested by Bohol Provincial Police Office (BPPO) intelligence officers in a sting operation in Tagbilaran City.

Christian Manayaga, a student of the University of Bohol, and his cousin James Torrefranca, 21, who were both tagged as high value drug targets at the regional level were collared in Barangay Taloto by operatives of the BPPO Provincial Intelligence Branch (PIB) on Thursday night.

The duo was allegedly caught in possession of shabu with an estimated worth of P270k based on the value set by the Dangerous Drugs Board.

Captain Gereon Item of the PIB said that Manayaga, son of alleged big-time drug personality Eric Manayaga who is detained at the BDJ, has been the main contact of his father in arranging drug transactions outside the detention facility.

Eric allegedly facilitated the shipment of drug supply to the province while Christian and Torrefranca distributed it to dealers based on text messages found in Torrefranca’s mobile phone, said Item.

The duo was reportedly directed to hasten the sale of their current drug supply as new drug shipment was on its way.

According to Item, Christian was placed under surveillance for two months before they were able to arrange a drug transaction with him through Torrefranca.

Both men were arrested by the PIB during a buy-bust operation after they allegedly sold shabu worth P18,000 to an undercover police officer. The arresting operatives then found 40 more grams of shabu in their possession.

In 2015, Eric was arrested in Tagbilaran City for drug charges. He remains detained at the BDJ pending his trial.

Police intelligence officers have repeatedly reported that the BDJ is a hotbed of drug transactions as detainees allegedly serve as conduit between suppliers from outside Bohol and dealers in the province. (Weli Maestrado)