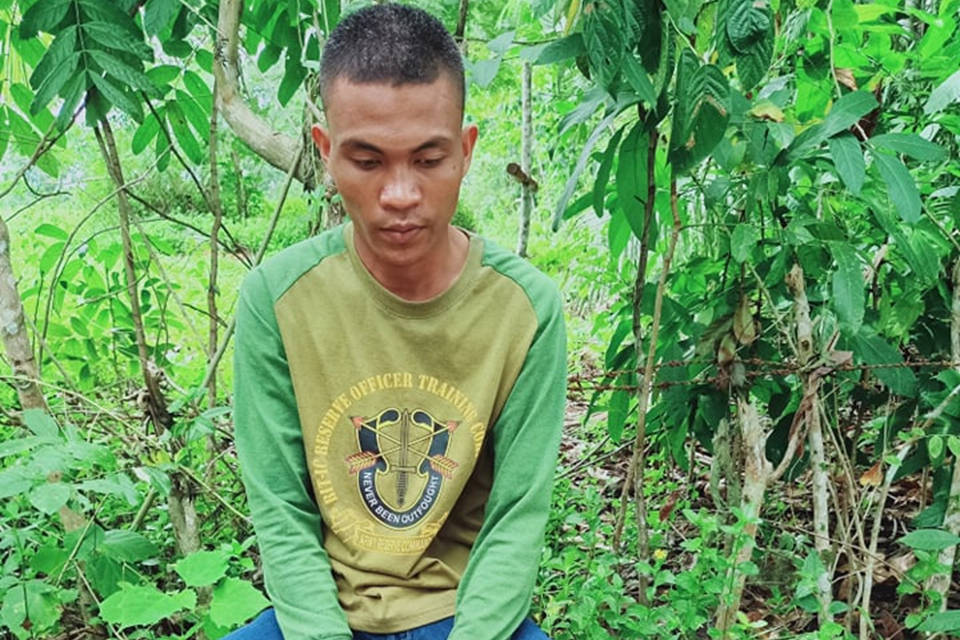 A security guard for a school in Carmen was arrested by intelligence police officers for sale of illegal drugs in Sierra Bullones on Wednesday.

Police identified the suspect as Junel Maputol, 21, of Barangay Bogsoc in Sierra Bullones, a security guard of the GLS Security Agency who was assigned at the Bohol Institute of Technology in Carmen.

Maputol previously surrendered to municipal authorities as a drug personality during the implementation of Oplan Tokhang. He vowed to end his involvement in the drug trade.

In a report, authorities said that Maputol was spotted by operatives of the Sierra Bullones Police Station’s intelligence section while he was selling illegal drugs in Barangay Salvador on Wednesday afternoon.

Police led by Captain Marcos Lopez then conducted a buy-bust operation which resulted in Maputol’s arrest.

Maputol allegedly sold shabu worth P500 to a poseur-buyer and was caught in possession of 0.6 grams of shabu which was estimated to be worth P4,080 based on the value set by the Dangerous Drugs Board.

He is now detained at the Sierra Bullones Police Station and is set to be charged with sale and possession of illegal drugs. (wm)