Man dies after accidentally shooting self in Tagbilaran 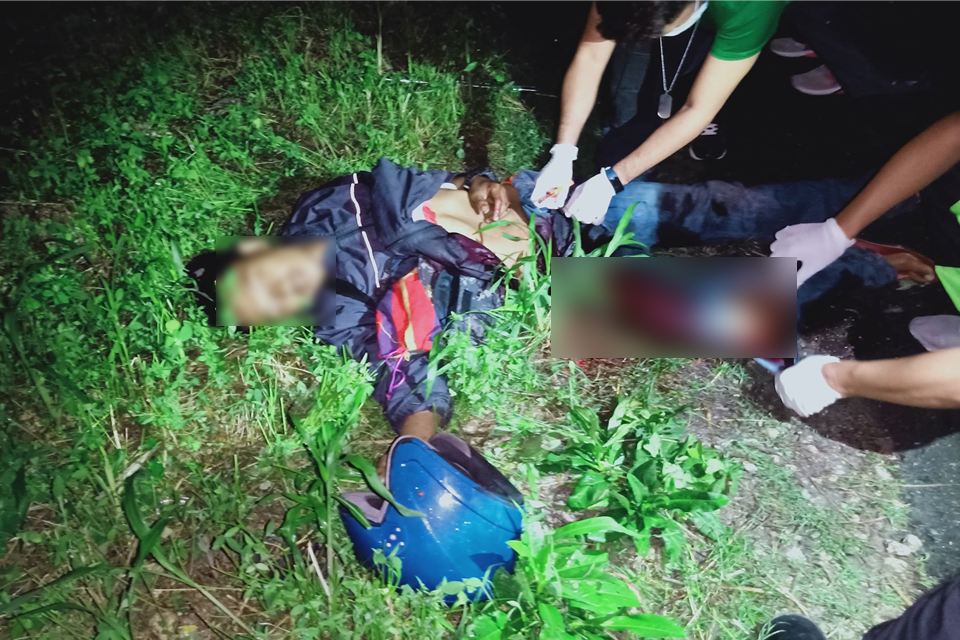 Man dies after accidentally shooting self in Tagbilaran

A construction worker was killed following what authorities initially believed to have been an accidental discharge of an improvised shotgun, locally known as sumpak, by the victim near a church in Tagbilaran City late on Monday.

The fatality, Danilo Diamante, 27, of Barangay Cogon in Tagbilaran City, who had a gunshot wound in his right groin was declared dead on the spot by the City Medic along Franklin Street at the back of the St. Joseph’s Cathedral.

Diamante’s live-in partner, Junabell Toremocha, 23, of Barangay San Isidro in Sagbayan told police that she picked the victim up at construction site in Dauis. Upon reaching the church’s vicinity, Diamente alighted from their motorcycle out of fear that they were being tailed.

According to Toremocha, Diamente walked towards Franklin Street while she parked several meters away when she heard a gunshot at past 11 p.m.

Toremocha then returned to check on Diamente and found him heavily bleeding and already sprawled roadside.

Police who were stationed near the area led by Lieutenant Rodante Sanchez of the Tagbilaran City Police Station responded to the alert and immediately called for emergency assistance from the City Medic.

The officers found parts of the improvised gun in Diamante’s left hand and right jacket pocket.

Police believed that Diamante accidentally shot himself but continued their investigation to determine if there was foul play behind his death.

Toremocha also told police that Diamante had enemies at work, who police said they will be investigating. (W. Maestrado)