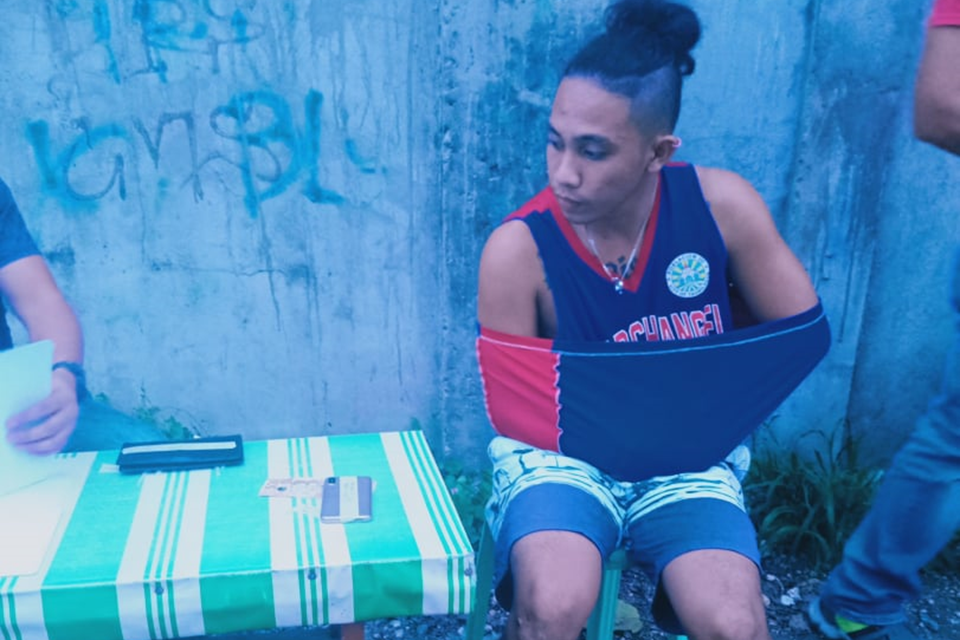 A 22-year-old barangay tanod (village watchman) on Tuesday afternoon was arrested for alleged sale of illegal drugs by intelligence officers of the Bohol Provincial Police Office (BPPO) in Tagbilaran City.

Police identified the suspect as Paul Ian Boiser, who lives right behind the BPPO headquarters in Tagbilaran City and is an active barangay tanod in the area.

Operatives of the BPPO Provincial Intelligence Branch led by Captain Gereon Item collared Boiser through a buy-bust operation in front of the gate of the Tagbilaran City Central Elementary School along B. Inting Street in Barangay Poblacion II at past 4 p.m.

In a report, police said that Boiser was caught in possession of four grams of shabu with an estimated worth of P27,200 based on the value set by the Dangerous Drugs Board.

He is now detained at the BPPO headquarters pending the filing of charges against him. (ad)