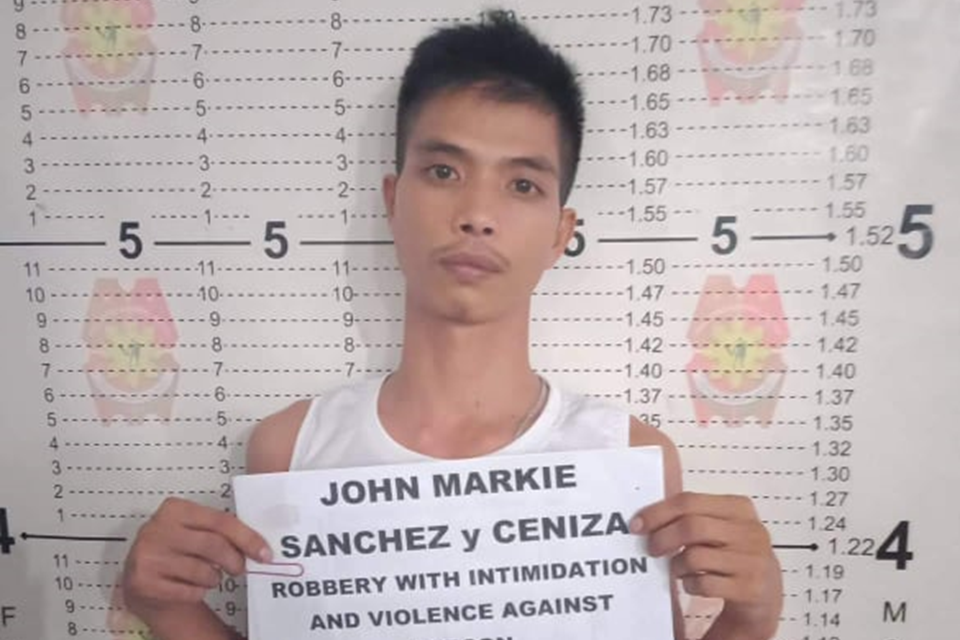 Police on Tuesday night arrested a man for allegedly robbing a 19-year-old woman who he also threatened to rape in a secluded area in Talibon.

According to Staff Sgt. Rodel Garcia of the Talibon Police Station, suspect John Marque Sanchez was arrested shortly after the incident and was positively identified by the victim, Lovely Azucena.

Sanchez allegedly grabbed Azucena from a dimly lit road in Barangay San Agustin and dragged her towards a rice paddy. He pointed a knife at her, took her bag which contained money and threatened to rape her.

Garcia said that Sanchez was foiled after Azucena was able to scream and ask for help from a motorcyclist.

Azucena fled from the suspect and immediately alerted the police.

Responding police later collared Sanchez after they found him near the crime scene still allegedly in possession of Azucena’s bag.

Sanchez was charged with robbery on Wednesday.

According to Garcia, Sanchez previously surrendered as a drug personality through Oplan Tokhang and has been suspected of being behind several robberies in Talibon. (A. Doydora)