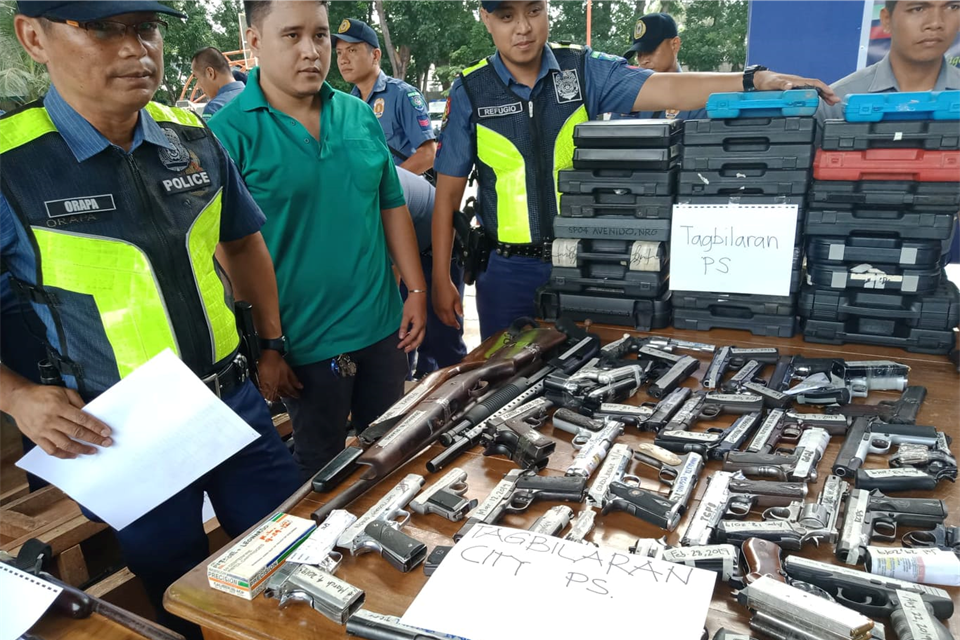 A total of 899 assorted high- and low-powered firearms surrendered by civilians to police stations in Tagbilaran City and the 47 towns were submitted to the Bohol Provincial Police Office (BPPO) for “accounting” on Monday morning.

This was in accordance with the directive of BPPO acting provincial director Colonel Jonathan Cabal as part of his campaign against loose firearms.

According to Chief Master Sgt. Celso Orapa, operations chief of the Tagbilaran City Police Station, the assorted firearms were surrendered to the authorities through “Oplan Katok” and “Bilang Boga.”

Orapa said that the firearms after the accounting will be returned to the police stations and ultimately to their owners once they secure licenses.

Orapa called other gun owners who have no licenses or have expired licenses for their firearms to surrender these.

According to Orapa, there was a caravan in Cebu on September 5 to 8 for gun owners to renew their licenses.

The same caravan could be held in Bohol in the future but Orapa said that gun owners can directly renew their licenses at the Police Regional Office 7 in Cebu.